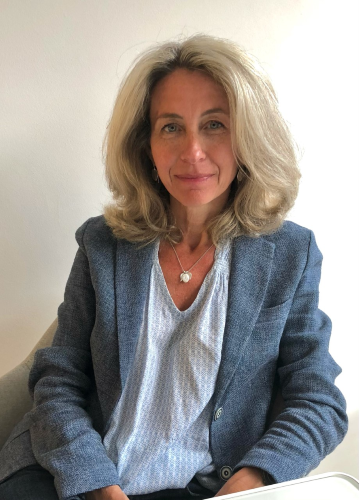 Alessandra Lemma MA, MPhil (Cantab), MSt (Oxon), DClin Psych. is a Consultant at the Anna Freud National Centre for Children and Families and works in private practice as a clinical psychologist and psychoanalyst with both adolescents and adults at the Queen Anne Street Practice (www.alessandralemma.com). Until 2016 she worked at the Tavistock and Portman NHS Foundation Trust where she was at various points Head of Psychology, the Director of the Psychological Therapies Development Unit and Professor of Psychological Therapies (jointly with Essex University). She also worked a Consultant Adult Psychotherapist at the Portman Clinic where she specialised in working with transgender individuals.

She is a Fellow of the British Psychoanalytical Society and Visiting Professor, Psychoanalysis Unit, University College London. In the past she has worked as a Clinical Tutor on the UCL Doctorate in Clinical Psychology and on the UCL MSc in Psychoanalytic Studies where she was Course Tutor between 2003-2005. She has a strong interest in psychological therapies and is a supervisor and trainer in Interpersonal Psychotherapy (IPT). Along with Peter Fonagy and Mary Target, she led on the development of a new protocol for a brief psychodynamic intervention for mood disorders, Dynamic Interpersonal Therapy (DIT).

Alessandra Lemma lectures extensively in the UK and internationally and has published several books on psychotherapy and psychoanalysis. Her clinical and theoretical interests are focussed on body image disturbances (particularly body dysmorphia and body modification practices), gender identity, trauma, the impact of virtual technology, adolescent development and applied ethics. She can be contacted on alemma@mac.com.