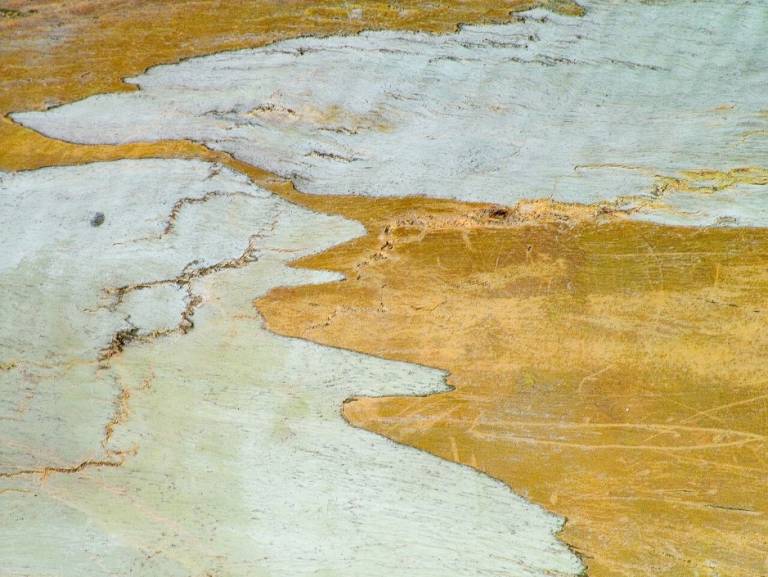 We are pleased to confirm that the rescheduled ‘Compassion and Mentalization: Complementary, Overlapping or Opposed?’ Conference will now be taking place online on Saturday 8 May 2021.

Compassion for each other and the capacity to hold each other’s minds in mind are vital human capacities.  The separations, hardships and losses caused by the outbreak of the global pandemic have made them more important than ever, whilst also testing them severely.

This May, UCL Psychoanalysis Unit will host a groundbreaking virtual event that will compare and contrast two major therapeutic approaches with special pertinence at this challenging time: Compassion Focused Therapy, and Mentalization Based Therapy.

Join us online to explore the mutually enriching potential of these two perspectives. You are warmly invited to participate in our discussion of the differences and overlaps between the two approaches in both small and large groups.  There will also be some informal virtual networking opportunities.

The theories and clinical grounding underpinning CFT and MBT will be explored by four highly distinguished practitioners:

The conference will be chaired by Professor Steve Pilling (Consultant clinical psychologist, Professor of Clinical Psychology and Clinical Effectiveness and Director of the Centre for Outcomes Research and Effectiveness, UCL).

To discover more about mentalization, please see this article, or listen to this interview. Compassion Focused Therapy (CFT) was founded and developed by Professor Paul Gilbert. Having written more than 20 books on the subject, he also established the Compassionate Mind Foundation that promotes wellbeing through facilitating the scientific understanding and application of compassion.

During the event, the theories underpinning the two treatment approaches will be explored and their key principles will be outlined.  An exploration of the mutually enriching potential of the two perspectives will follow.  There will be ample time for discussion and opportunities to identify differences as well as overlaps between the two approaches.

Professor Peter Fonagy OBE is Head of the Division of Psychology and Language Sciences at UCL; Chief Executive of the Anna Freud National Centre for Children and Families, London; Consultant to the Child and Family Programme at the Menninger Department of Psychiatry and Behavioural Sciences at Baylor College of Medicine; and holds visiting professorships at Yale and Harvard Medical Schools.

His clinical interests centre on issues of early attachment relationships, social cognition, borderline personality disorder and violence. A major focus of his contribution has been an innovative research-based psychodynamic therapeutic approach, mentalization-based treatment, which was developed in collaboration with a number of clinical sites in the UK and USA. He has published over 500 scientific papers, 260 chapters and has authored or co-authored 19 books.

He is a Fellow of the British Academy, the Academy of Medical Sciences, the Academy of Social Sciences and the American Association for Psychological Science, and was elected to Honorary Fellowship by the American College of Psychiatrists. He has received Lifetime Achievement Awards from several national and international professional associations including the British Psychological Society, the International Society for the Study of Personality Disorder, the British and Irish Group for the Study of Personality Disorder, the World Association for Infant Mental Health and was in 2015 the first UK recipient of the Wiley Prize of the British Academy for Outstanding Achievements in Psychology by an international scholar.

Paul Gilbert, FBPsS, PhD, OBE is Professor of Clinical Psychology at the University of Derby and honorary visiting Prof at the University of Queensland. Until his retirement from the NHS in 2016 he was Consultant Clinical Psychologist for over 40 years. He has researched evolutionary approaches to psychopathology with a special focus on mood, shame and self-criticism in various mental health difficulties for which Compassion Focused Therapy was developed. He was made a Fellow of the British Psychological Society in 1993, president of the BABCP 2002-2004, and was a member of the first British Governments’ NICE guidelines for depression. He has written/edited 21 books and over 250 papers and book chapters. In 2006 he established the Compassionate Mind Foundation as an international charity with the mission statement To promote wellbeing through the scientific understanding and application of compassion (www.compassionatemind.co.uk). There are now a number of sister foundations in other countries. He was awarded an OBE by the Queen in March 2011 for services to mental health. He established and is the Director of the Centre for Compassion Research and Training at Derby University UK. He has written and edited many books on compassion. His latest Book is Living Like Crazy.

Dr Deborah Lee is a Consultant Clinical Psychologist, Head of Berkshire Traumatic Stress Service and South Central Veterans Service. She is also an honorary Senior Lecturer at University College London. Dr Lee has worked in the field of trauma for 20 years and specialises in the treatment of PTSD and complex Trauma. Her particular area of clinical and research interest is in shame based PTSD and self-criticism. She has developed the use of compassion based treatments including the use of compassionate imagery in shame based flashbacks to enhance clinical practice in this field. She has widely contributed to the dissemination of her clinical knowledge through writing and delivering over 150 clinical workshops and talks in North America and Europe.

His main research interests are disorders from the affective spectrum (i.e., depression and stress- and pain-related disorders), and personality disorders. In both areas he is involved in basic research and in interventional research. His basic research focuses on the roles of personality, attachment and social cognition or mentalizing, i.e., the capacity to understand oneself and others in terms of mental states, in these disorders from a developmental psychopathology perspective. Dr. Luyten’s research is fundamentally translational, as he is interested in translating knowledge concerning the mechanisms involved in the causation of psychopathology to the development of new interventions, the evaluation of their (cost)-effectiveness, and their dissemination to and implementation in routine clinical care.

His most recent book, co-edited with Linda C. Mayes, Peter Fonagy, Mary Target and Sidney Blatt, Handbook of Psychodynamic Approaches, was published by Guilford Press in 2015 and received the 2015 Goethe Award for Psychoanalytic and Psychodynamic Scholarship.

Professor Steve Pilling is the Director of the National Collaborating Centre for Mental Health (NCCMH) which produces the NICE mental health guidelines.  He is also the Director of the Centre for Outcomes Research and Effectiveness and Head of the Department of Clinical, Educational and Health Psychology at University College London.

His research interests include:
1) Health services research, including trials of complex interventions such as crisis intervention teams and implementation studies of health service policy initiatives;
2) Psychological treatment, in particular treatments for depression and the competences required to deliver effective interventions for all psychological treatments and disorders;
3) Systematic reviews in mental health and their use in clinical guidelines;
4) Clinical guideline development and implementation in mental health.