I have two main research aims.

In terms of basic research, my aim is to understand how affective phenomena (variably termed moods, emotions, feelings or affects) are generated and maintained.

In terms of clinical research, I study interventions that reduce the negative impact that affective phenomena, particularly depression, can have on young people and families.

Below is an outline of two of my main areas of research interest.

Depression in young people is thought of as a global public health challenge, according to the World Health Organisation. Yet, there is controversy about how best to define depression and there is agreement that we need to do better treating it.

My research has recently focused on what my colleagues and I have termed the Great Expectation of the field, namely the relationship between depression and reward processing.

Stated briefly, the idea is that anhedonia, one of the most characteristic presentations of depression, occurs because of aberrations in the way humans processes rewards. Anhedonia refers to the loss of interest in previously pleasant activities or the inability to experience pleasure altogether. The reward system is well understood across animal species and we have made considerable advances in the computational modelling of reward processes. Hence the great expectation that focusing on reward processing and anhedonia two can help solve the riddle of depression. Indeed, we have shown that depression and depression (particularly anhedonia) relate to the ways the brain processes rewards. And so have others. But we have also shown in recent work using metanalyses and simulations, that the effect is still relatively small and hard to use clinically. This is perhaps part of the bigger issue of how good we are in relating brain processes to behaviour—see our recent work on suicidal ideation, but also new ways of modelling this relationship, such using explainable machine learning models and solving problems relating to longitudinal developmental imaging and the relationship with genetic findings.

Based on ideas about reward and depression, we have also ventured into experimental studies to help us understand mood. We have recently shown how early experiences shape the way we rate our own mood. We have also described a phenomenon which we term Passage of Time Dysphoria, a decline in mood in the absence of events (and a finding that we believe has some important methodological implications).

Clinically, we have recently produced some ideas about developmental origins of depression and anhedonia, and written on Behavioural Activation, one of the evidence-based treatments of depression.

a) Working with colleagues on re-defining affect and emotion to consider (and model) inter-personal aspects and societal factors. For this, we are drawing intellectually from other fields, such as sociology (e.g. Hochschild, Reckwitz), history (e.g. Kosseleck), and philosophy (Kondylis, Nussbaum).

b) Trying to get a deeper understanding of how psychological therapies work using social anxiety as a prototype—we hypothesise that improvement is predicated on the extent and way in which or expectations are not met and are trying to capture this quantitatively.

c) Asking how depression in families can lead to anger (also see below) and how to alleviate this. A key hypothesis in this work is that emotions are themselves subject to reinforcement, an idea which we have begun examining in a simple experimental set up.

My original interest in irritability came from observing young people who were labelled as having “disruptive behaviour” or “conduct problems”. I thought that for many of them, affect was the prominent feature. We posited that the dimension of irritability should be considered in young people as it may carry prognostic significance.

My interest also came from the fact that in some parts of the US, children with severe irritability were labelled as having bipolar disorder, for which we did not find support. As part of our work in irritability, we developed measures for it, such as a brief questionnaire, the Affective Reactivity Index—you can more information on this and the translations available, here.

Recently, we published with my colleagues a small treatment trial of youth with severe irritability.

My current research projects on irritability are:

a) Understanding the connections between power, affordance and anger. We have done some experimental work to show that environmental affordances influence the degree to which anger is experienced. The work will soon be available as a pre-print.

c) Describing and quantifying anger in inter-personal relationships, particularly within families. I am trying to model the ways in which anger is generated between two or more people, the purposes it may serve and how it is maintained. For this, I am collaborating with colleagues from Computer Science.

Our lab strives to be methodologically diverse and embrace a range of quantitative methods, as necessary in order to answer the relevant questions. Also, given that the importance of conceptual questions and qualitative research in the field we collaborate closely with historians, philosophers and social scientists.

I am a Consultant Child and Adolescent Psychiatrist at UCL’s University Clinic and a Senior Clinical Advisor at the Anna Freud Centre for Children and Families .

I am also a Professor at the University of Athens.

I collaborate closely with the Zentralinstitut für Seelische Gesundheit (Central Institute of Mental Health) in Germany and with my colleagues at the NIMH/NIH.

Here is a list of my publications in PubMed 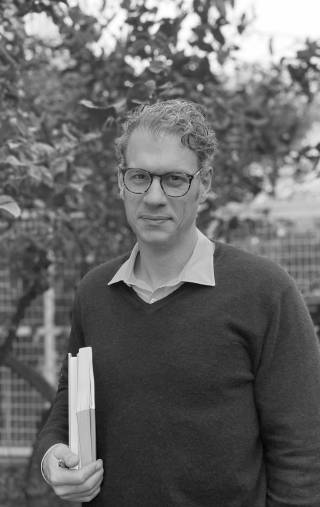