New research suggests that isolation and loneliness play an important role in postnatal depression, but that it is not easy for mothers to make authentic connections with others.

It’s raining outside. It’s miserable. There’s nothing to do. And I feel like, you can look at yourself sometimes and just go, ‘What a mess. I don’t want anyone to see me today. I don’t want anyone to come to the door. I’ve had enough’…I still have bouts of that, where I look at myself and I cry. I’m just like, ‘What has happened to me? What have I become?’

When Lottie became pregnant unexpectedly in 2014, she hoped she and her partner Darren would manage, one way or another. But then Darren moved on to a new relationship, leaving her to go through pregnancy and motherhood alone. Lottie described how, before she became pregnant, “I was so confident and outgoing and it was like, ‘Hey, where’s the party?’. But then, “You lose the man that you were with. You’ve become pregnant, so you end up doing it all on your own. And you haven’t got anyone with you. And you haven’t got a job anymore. So you end up losing your whole life in one big blow”. She explained how, “You just feel lost in a way”.

New mothers have experienced worryingly high rates of distress during the Covid-19 pandemic, which some link partly to social distancing measures (Fallon et al., 2021; Farrell et al., 2020). But, even before the pandemic and its restrictions to social contact, some women, like Lottie, experienced changes in their lives and relationships during and after pregnancy, which made this a difficult time for them. This is likely to continue to be the case for some mothers once the pandemic is over.

As part of a larger study at UCL, we interviewed fourteen women who had all been treated by the NHS for feelings of depression during pregnancy or after the birth of their baby. We interviewed women (before the Covid-19 pandemic) asking them about their experiences. We looked at these women’s accounts to see whether they described isolation and loneliness as playing a part in their distress. We considered loneliness to be an unpleasant feeling of having inadequate social relationships, and isolation as having, or seeing yourself as having, limited social contact. There is growing evidence that isolation and loneliness can contribute to significant mental distress, including during pregnancy and after birth. We were keen to find out whether supporting new mothers to strengthen their social networks might be helpful. 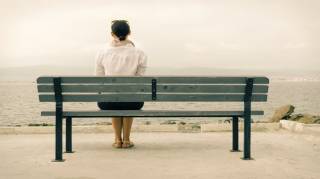 We looked at the fourteen women’s interviews in collaboration with a group of women who themselves had lived experience of perinatal distress. This ensured that we interpreted the findings from multiple standpoints.

We found that women often connected difficult and distressing feelings during and after pregnancy to feeling ‘dislocated’ from their previous identities and relationships. Some women used the words lonely and isolated to describe themselves, while others, like Lottie, talked about feeling lost, alone, or having nobody.

Importantly, we found that women felt confined to their homes by the mothering role and isolated from wider social networks. A lost sense of self was particularly apparent among first time mothers who had given up their jobs or taken time away from work to have a baby. Lisa, a married, white British first-time mother, explained:

“If you have been working, you’ll be going to work every day, you had a role, you’ve been there, you’ve been amongst these people, you’ve been doing that thing. And suddenly, you’re by yourself with this baby, you don’t know what to do with your baby. Really, all day, you just think, ‘Oh, what do I actually do?’ And it, yes, does-, it is quite a lonely thing, actually.”

The women described motherhood as relentless. Lisa said she became “a little husk” and “just wanted to be looked after”. Many of the mothers we interviewed felt they were left to care for their babies largely alone, seen automatically as the primary caregiver. Meanwhile, women’s relationships, especially with their partners, changed, which sometimes resulted in conflict and breakdown. Anaya, who was from an African Muslim background, and was parenting alone while also seeking asylum in the UK, described how, back home, wider family networks generally helped care for babies, but in the UK she had “nobody”. Although a new baby made some women feel less alone, others felt more alone without supportive networks around them and some had trouble bonding with their infants.

We found that cultural ideas around what makes a ‘good’ mother and a ‘bad’ mother created rigid and unrealistic expectations for how women should feel and behave when they have a baby. Mothers felt they were expected to enjoy being mothers, take to motherhood ‘naturally’, and love their babies unconditionally without feeling angry or desperate. Lottie said she avoided meeting other mothers because, “You’re constantly worried they’re going to judge you”. This idea of a ‘good and bad mother’ provoked feelings of inadequacy in women and made it difficult for them to feel comfortable meeting others or expressing negative emotions, increasing isolation and distress.

Our findings also showed how being single, young, deprived or from a minority ethnic background could affect women’s experiences. Some mothers had to care for their babies in impoverished circumstances, and those migrating to the UK sometimes lacked financial support because of their status in the country. Single mothers felt they lacked a community or family network that could help them through difficult times or give them respite from sleepless nights. Some of the young, single mothers sought to show they were strong and resilient because they were having to ‘go it alone’, but being young, single or deprived was also seen as more likely to result in being judged an inadequate mother. However, an important finding was that women could still feel lonely, isolated and inadequate despite having people around them, if they didn’t feel supported in the way they needed.

Some women did manage to make meaningful connections with other mothers who they felt were in similar situations and found this comforting and reassuring. In some cases, mothers also got support from relationships with professionals such as midwives, health visitors or mental health workers. But as professional relationships were often short-term, women’s feelings of loneliness or abandonment could increase even more when these ended. Our findings suggest that services need to offer women support in a way that is sustainable and that recognises the human nature of therapeutic interactions.

Overall, our research highlights a need to advocate for social change to lessen pressures on women and their families during and after pregnancy, and to challenge the binary and damaging ‘good/bad’ mother divide. Women’s accounts show how feelings of depression during pregnancy and after birth are often experienced as social in nature, suggesting it is important to develop support for women which addresses interpersonal relationships, social networks and wider social structures.

While our findings support the idea that facilitating connections between mothers may be valuable, for example through peer support, it is clear that this must be done in a way that is sensitive to things like ethnicity, class, age and relationship status. It must also be recognised that mothers may be fearful of connecting with ‘similar’ others and that other options might be preferred.

Please also see this blog reviewing a paper we published on our findings.