The Athena SWAN Charter is run by the Equality Challenge Unit to encourage and recognise commitment to combating the under representation of women in science, specifically in the "STEMM" (science, technology, engineering, medicine and mathematics) subject areas.  It aims to promote changes in the culture and processes of academic and research departments in order to  attract women into academic careers in these fields, and to ensure that women are recognised for their achievements and have the same opportunities to advance in their careers as their male colleagues. The charter covers women in academic roles, the progression of students into academia and the working environment for all staff.

In 2013 the Division of Psychiatry was very pleased to achieve a silver Athena SWAN award in recognition of the many ways in which we have tried to promote a positive working environment that recognises all employees on an equal basis, regardless of gender.  We have a Equality, Diversity and Inclusion (EDI) Committee comprising members from across our departments who represent all grades of staff within the Division. The EDI agrees and oversees specific actions aimed at improving our gender sensitivity and they contribute to the written application for the Athena SWAN kitemark.

As the Director of our Division, Glyn Lewis says:

We have achieved much in the past few years. The proportion of female professors has risen from 25% in 2008 to 44%. Five of our seven Readers are women; two of these achieved their promotion during 2017. Half of our Executive group is female.  At a more junior level, we have also made progress. Over the last 2 years our staff have achieved six fellowships, of which four were to women, including two non-clinical scientists. What is striking is that the vast majority of our female senior academics have had their academic careers within UCL so we have demonstrably provided an environment allowing these individuals to achieve senior positions. Glyn Lewis“ 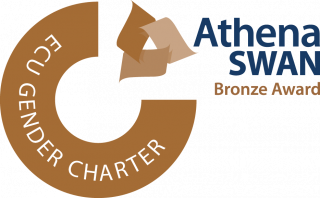 Sign up to the UCL Equality, Diversity and Inclusion newsletter.

The newsletter will include updates on areas of EDI work across UCL, details of events/projects taking place as well as links to useful EDI related content outside of UCL.