With its countless libraries, archives, cultural spaces and professional bodies, London is the perfect place to find context and support for your studies.

UCL is in the 'Knowledge Quarter' of London, which includes over 75 academic, research, cultural, media and technology institutions large and small - from Google to the British Library.

London houses more than 350 public libraries and nearly a third of all the archives in the UK, from the world-famous British and Guildhall Libraries to the National Archives at Kew.

History of Art students can often discuss the works they are studying while viewing them in the gallery in which they are kept.

Arts and Humanities students benefit from a wealth of cinemas and theatres.

Law and Politics students are near the UK's seat of government and can observe debates in the Houses of Parliament or meetings of the London Assembly in City Hall.

Medical students can take advantage of UCL's various clinical and research institutions, including the Institutes of Child Health, Neurology, Ophthalmology and the Ear Institute. The recently opened Crick, the biggest biomedical research institute under one roof in Europe, and in which UCL is a founding partner is also nearby.

London itself provides a living laboratory for students of geography, civil engineering and the built environment.

"Being able to walk or take a 10-minute tube ride to all the resources in London has been a massive factor in making studying so much easier. I may be biased as I am from London but there's no better place to study.

"In addition to the libraries at UCL I have used Senate House Library, The British Museum, London Metropolitan Archives, the Victoria and Albert Museum and the British Library." 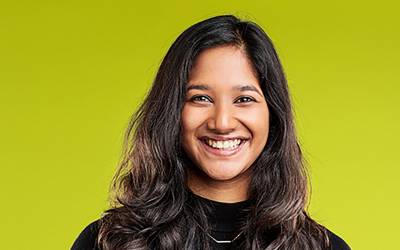