Sigrid is a PhD student at the Department of Political Science. 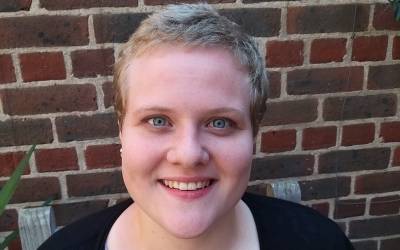 Sigrid is a PhD student at the Department of Political Science since 2018. She is a member of the Conflict & Change research cluster at the Department. She completed a MSc in Security Studies at UCL and a BA in Politics and Public Administration at the University of Konstanz, Germany.  Sigrid also spent a term studying at the University of Essex. Before joining UCL, Sigrid was an administrative assistant at the International Court of Justice in The Hague.

“Controlling a Moving World: the Spread of Civilian Targeting in Displacement Crises”

Abstract: How do armed actors respond to population movements during civil wars? This PhD project argues that large-scale population movements alter local balances of control between territorial rulers and challengers in a conflict. Local rulers have incentives to govern more violently if displaced persons from opposing loyalty groups move into their territories. Territorial challengers have incentives to spoil local governance by inflicting harm on civilians if incoming supporters of a local ruler reinforce the governor’s control. The PhD project tests these dynamics of displacement and one-sided violence in a spatial regression on the grid-cell level in Iraq between 2014-2018. The study aims to contribute to the contagion and civilian victimisation literature by providing a systematic account for how population movements cause violent responses by civil war actors. The study also helps explaining the emergence of vicious cycles of repeated displacement and violence.

Sigrid’s research focuses on internal forced migration, local conflict dynamics, and territorial control in civil wars. In particular, she is interested in how population movements and territorial takeover in war zones affect local conflict dynamics and the spread of violence.  She predominantly draws on quantitative methods – such as spatial-econometric models and machine learning - to explain spatial and temporal patterns of violence in civil wars.