Sam Erkiletian is a second-year PhD candidate at UCL’s Department of Political Science. 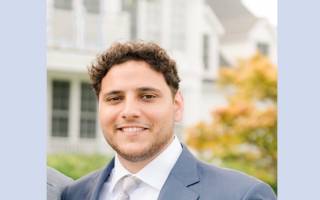 Sam Erkiletian is a second-year PhD candidate at UCL’s Department of Political Science. He is a member of the Conflict & Change research cluster at the Department. He holds an MSc in Security Studies from UCL and a BA in History and Ancient Studies from Saint Joseph’s University in Philadelphia. He also spent a term studying International Relations at Sophia University in Tokyo.

Socialization and Resocialization: The Changing Identities of Former Combatants

Sam’s research focuses on the changing identity of combatants in conflict and postwar environments. In particular, he is interested in how the military socialization processes of armed groups affect the behavior and postwar identity of former combatants. Sam employs comparative case studies and utilizes primary sources from conflict archives in his research designs. He is also broadly interested in military history, particularly in the Second World War and Cold War conflicts

Sam is a teaching assistant (seminars) for the first-year undergraduate module “Global Politics” for ESPS0001.