Roberta started her PhD at UCL in September 2016. 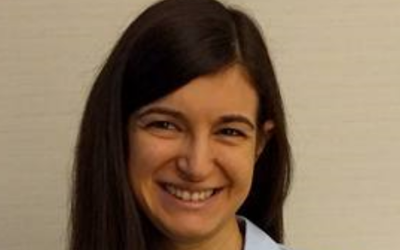 Roberta started her PhD at UCL in September 2016. She holds a BA with First Class Honours in Economics and Politics from Queen Mary University of London (2011-2014), and a MSc in Comparative Politics from the London School of Economics (2014-2015). After completing her MSc, she joined the Constitution Unit, at UCL, where she worked first as an intern and then as a research assistant on the “Parliament” and the “Elections and Referendum” projects.

Italian bicameralism, because of its highly symmetric system which requires the government to command a majority in both chambers of parliament, is considered very “redundant”. For most of the post-war period, when the electoral laws used to elect the two chambers resulted in identical partisan compositions, this was probably true. However, following an electoral reform in 2005, the two chambers became a lot less congruent in partisan terms, making it harder to form a viable government coalition in both houses. This situation of bicameral incongruence complicated the parliamentary environment in which the government of the day had to pursue its policy-making agenda.

Using a mixed methods approach, which combines statistical analysis of legislation with in-depth process tracing of four case study bills and elite interviews, Roberta’s research uses Italy as an ideal case to investigate the effects of bicameral incongruence, studying how governments handle a parliamentary environment which resembles a situation of divided government. In doing so, she provides the first comprehensive study of the Italian bicameral system, offering a thick description of how the Italian legislative process work. By conceptualising the causal effects of bicameral incongruence, her research has implications for the wider literature on bicameralism, coalition government and executive-legislative relations.

She is working under the supervision of Professor Meg Russell and Dr Alan Renwick.

Roberta’s main research interests are comparative politics, legislative politics, Italian politics and British politics. She is a research methods and data enthusiast, and she combines quantitative and qualitative methods in her research and teaching. Roberta presented her research at the PSA Annual Conference 2019 and at the ECPR General Conference 2019. She was an invited speaker at conferences on the theme of bicameralism and parliaments at LUISS and Unitelma University in Rome, in 2018 and 2019. Roberta wrote several blogposts on Italian politics, in particular on the subjects of constitutional and electoral reform, for the Constitution Unit blog: https://constitution-unit.com/tag/roberta-damiani/