Paddy is completing his PhD alongside his work at the Behavioural Insights Team. 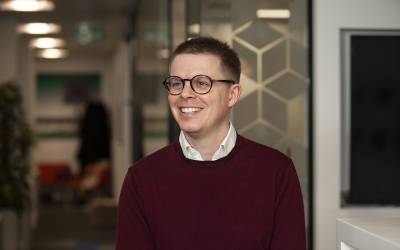 Paddy is completing his PhD alongside his work at the Behavioural Insights Team (BIT), where he is a Research Fellow working on the design and implementation of mixed-methods research and evaluation projects, including randomised controlled trials. Paddy specialises in the design and development of complex interventions in education and civic participation; combining his background in the education sector with research methods such as Theories of Change, Logic Models, pilot evaluations and implementation and process evaluations. Before joining BIT, Paddy spent nine years in the youth sector, specialising in active citizenship programmes for young people, with roles that included Head of Programmes at Envision and Director of Programmes and Impact at Youth United. He has a BSc in Physics and Philosophy from King’s College London and a MA in Understanding and Securing Human Rights from the Institute of Commonwealth Studies.