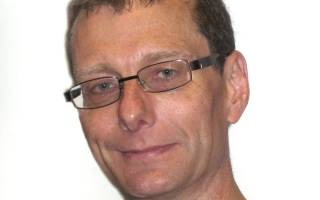 Richard has held Visiting Fellowships at Nuffield College, Oxford; the EUI; Australia National University (ANU); the Centre for Advanced Study (CAS) in Oslo; and the Hanse Wissenschaft-Kolleg (HWK) in Delmenhorst. He is currently a Visiting Professor at the University of Exeter. He was Director of the Max Weber Post-doctoral Programme at the EUI from 2014-2019.

Richard was Academic Director of the European Consortium for Political Research (ECPR) from 2002-2006, and is the department’s Official Representative of the ECPR, and Founding Chair of the Britain and Ireland Association for Political Thought from 2008-2013. He was a member of the 2014 REF Panel for Politics and International Relations. He has been a Fellow of the Royal Society of Arts (FRSA) since 2002 and of the Academy of Social Sciences (FAcSS) since 2008.

He has co-edited the journal CRISPP (Critical Review of Social and Political Philosophy) since 2001.

Richard has worked extensively on Italian political thought and in 2012 he was awarded the Serena Medal by the British Academy, given `for eminent services towards the furtherance of the study of Italian history, literature, art or economics’. His work on constitutionalism culminated in his monograph Political Constitutionalism, which won the 2009 David and Elaine Spitz Prize of the International Conference for the Study of Political Thought. He was a member of the International Panel for Social Progress (ISPP), and co-edited ch. 13 of their report on Rethinking Society for the 21st Century on the ‘Challenges of Inequality to Democracy’.

Richard has been a leading figure in the normative study of the European Union and has directed and participated in a number of Leverhulme, ESRC and European Commission research projects in this area. His article, co-authored with Sandra Kröger, 'Beyond a constraining dissensus: The role of national parliaments in domesticating and normalising the politicisation of European integration' Comp Eur Polit, 2016, 14: 131-153, won the PADEMIA 2016 Research Award (journal article category) for ‘Outstanding Research on Parliamentary Democracy in Europe’ that has ‘contributed substantially to the state of the art of research on Parliamentary Democracy in Europe, and/or has influenced academic and political debates on the topic’. He is currently a Work Package co-lead of the H2020 project InDivEU on Integrating Diversity in the European Union.

In addition to on-going research on the EU, he is completing a book on the Democratic Constitution for Oxford University Press and developing a study of Political Leadership provisionally entitled The Democratic Prince. He is also co-editing The Cambridge Companion to Constitutional Theory with Jeff King in UCL Laws and The Cambridge Dictionary of Political Thought with Carol Atack, Terry Ball, Chris Brooke and Leigh Jenco.

Richard’s publications range from historical studies of Italian political thought post 1700 and of European liberalism 1830-1950, through work on compromise and political ethics, to a republican account of citizenship, democracy and constitutionalism, which he has applied to both the UK and the EU. He has published 10 monographs to date, edited or co-edited a further 30 volumes and is the author of over 90 journal articles and 80 book chapters. He has also edited scholarly editions of works by Beccaria, Bobbio and Gramsci. His publications have been translated into Arabic, Chinese, Czech, French, German, Indonesian, Italian, Japanese, Persian, Portuguese, Spanish and Turkish. A full list of his publications can be found here.

His books include Modern Italian Social Theory: Ideology and Politics from Pareto to the Present, Liberalism and Modern Society: An Historical Argument; (with Darrow Schecter) Gramsci and the Italian State; Liberalism and Pluralism: Towards a Politics of Compromise; Rethinking Liberalism; Political Constitutionalism: A Republican Defence of the Constitutionality of Democracy and Citizenship: A Very Short Introduction and, as editor or co-editor, Victorian Liberalism; Constitutionalism in Transformation; Pluralism and Liberal Neutrality; Citizenship and Governance in the EU; Political Concepts; The Cambridge History of Twentieth Century Political Thought; Lineages of European Citizenship; The Rule of Law and the Separation of Powers; Public Ethics, and Political Theory and the European Union.

His most recent monographs are Croce, Gramsci, Bobbio and the Italian Political Tradition published by ECPR Press in 2014, which brings together some of his key articles on Italian political thought; A Republican Europe of States: Cosmopolitanism, Intergovernmentalism and Democracy in the EU, Cambridge University Press, 2019, which develops a republican  approach to global political justice and applies it to the EU; and (with Dario Castiglione) From Maastricht to Brexit: Democracy, Constitutionalism and Citizenship in the EU, Rowman and Littlefield, 2019, which collects 19 of their articles on the EU written over the past 25 years, along with a new Introduction and a substantive Epilogue on the current crises.

His new book – Flexible Europe: Differentiated Integration, Fairness and Democrac written with Sandra Kröger and Marta Lorimer, will be published by Bristol University Press in January 2022.

You can download a number of Richard’s past, recent and draft papers from his ResearchGate, Academia, and SSRN author pages or via his UCL IRIS Profile Page. You can find details of all Richard’s books on his Amazon Author’s Page. Further information on his publications can be found on his Orcid and Google Scholar pages.

You can watch various videos of lectures and interviews he has given relating to some of his publications on his YouTube page.

Richard has successfully supervised 24 PhD students on topics relating to different areas of his research. He is open to supervising students interested in the history of European political thought post 1750 and topics in contemporary analytical legal and political philosophy - especially on global ethics, republicanism, constitutionalism and democratic theory. Past thesis subjects of his PhD students have ranged from studies of Thomas Reid, T H Green, Hegel and Antonio Gramsci, to feminist theories of care and free speech, explorations of political liberalism and Irish nationalism, the implications of republican theory for global justice, normative accounts of the European Union, and various aspects of citizenship theory, democratic theory and constitutionalism.

Richard is currently Director of the MSc Programme in Global Governance and Ethics and teaches the core module Global Ethics. He also teaches an optional MA module on Public Ethics and an u/g module on Democracy, Constitutionalism and Citizenship.