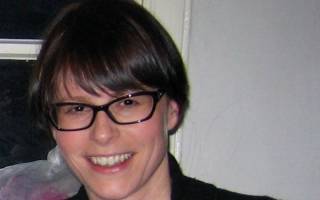 Kristin M. Bakke is Professor of Political Science and International Relations at UCL. She came to the Department of Political Science in 2009, where she is part of the Conflict & Change research cluster. She is a core faculty member in the European and International Social and Political Studies (EISPS) program. Professor Bakke is also Associate Research Professor at the Peace Research Institute Oslo (PRIO) in Norway and Associate Editor at the Journal of Peace Research.

Prior to joining UCL, Professor Bakke was Assistant Professor at Leiden University and a post-doctoral fellow at the Belfer Center at Harvard University’s Kennedy School of Government.

Focusing on political violence, Professor Bakke’s research explores how states respond to opposition within their borders, the dynamics of violence in self-determination struggles, post-war state-building and wartime legacies, and geopolitical orientations. She draws on multiple methods—large-n cross-case analyses, surveys, and fieldwork-based case studies—and collaborate with colleagues from different disciplines.

At present, Professor Bakke is a principal investigtor on two large collaborative research projects, exploring geopolitical orientations in Russia’s near abroad (jointly funded by the National Science Foundation and Research Councils UK) and the interactions between states, citizens, and informal authorities during and after revolutions and armed conflict, with a focus on Armenia, Ukraine, and Northern Ireland (funded by the  Norwegian Research Council).

Professor Bakke’s book Decentralization and Intrastate Struggles: Chechnya, Punjab, and Québec received the Conflict Research Society’s Book of the Year Award in 2016. Her work has been published in journals such as the British Journal of Political Science, International Security, International Studies Quarterly, Journal of Conflict Resolution, Journal of Peace Research, Perspectives on Politics, Political Geography, and World Politics.