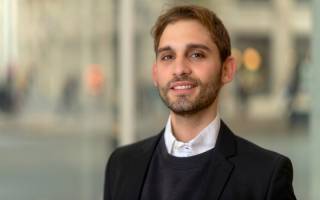 Georgios Samaras is a PhD candidate and Teaching Assistant at the Department of European and International Studies at King’s College London, and Department of Political Science at UCL.

Georgios has previously studied at the Aristotle University of Thessaloniki and University of Westminster, and later joined King’s College London, where he earned a Master’s Degree in Education Policy under the supervision of Professor Alan Cribb. His previous research explored the impact of austerity policies on Greece’s Higher Education system, and the systemic implementation of the Bologna Process.

Prior to his PhD, he worked for two years at CNN Greece & International. His work experience also includes two years in the energy industry. Alongside his research project, he writes for Greek newspaper Kathimerini.

His doctoral research focuses on the rise of extreme-right politics in Greece during the years of the fiscal crisis — with a particular emphasis on Golden Dawn’s rhetoric and strategy on social networks. His research interests range from political theory to feminist policies and European integration.