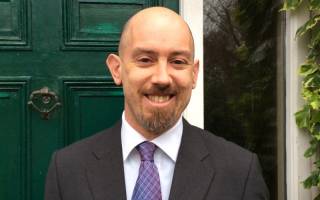 Before teaching at UCL, I was a researcher, funded by the European Commission’s Marie Curie scheme, and then a senior lecturer in European studies at the University of Portsmouth. Before then I lectured on EU Studies and Chinese history at University College Cork in Ireland. I have also taught a very wide range of subjects (from international law to racial and geopolitical subtexts in literature) at the universities of Bath, Chichester and Siegen (Germany) and at Birkbeck College, interspersed with research fellowships at the universities of Bristol and Siegen. My PhD in History and Civilisation at the European University Institute studies a transnational community of scientists who attempted to classify Europeans by race. Before my academic career, I worked as a journalist of EU affairs in Brussels, focusing on enlargement and relations with the Western Balkans. I have published a monograph, numerous articles and book chapters and edited seven special issues and edited books with leading journals such as National Identities and European Societies and with publishers such as Routledge.

My research and publications concentrate on the ways that people think about Europe and nations and how this affects politics. At present, China-EU mutual representations are my key focus. I am currently working on two journal special issues. One, co-edited with Prof. Wolfram Kaiser (University of Portsmouth) on narratives and counter-narratives of the European Union, will appear in Journal of Contemporary European Studies in early 2021. The other, co-edited with Prof. Hongsong Liu (Shanghai Jiaotong University) on Chinese representations of the EU, should be published a year later. My previous work has examined the nationalist and geopolitical identity narratives of transnational communities of race scientists and geneticists and various aspects of culture-politics relations in the EU, addressing prominent political issues such as Brexit and enlargement.