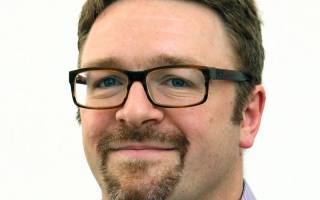 I have a PhD in Politics and an MA in International Relations from the University of East Anglia and a BA (Hons) in Politics and History from Durham University. I have worked as a Teaching Fellow in EU Politics at UCL since 2015 and am also a Research Associate of the Constitution Unit. Prior to this I taught European politics and international relations at UEA for a number of years. From 2000-2006 I lived in Germany where I worked as an English Language Teacher in Berlin and Munich, and from 1996-2000 was a commercial conference producer in London.

My research sits at the intersection of EU foreign policy, comparative politics and IR. It focuses on the interaction between national foreign policy-making and international institutions, particularly the EU. I have a particular interest in how nation states navigate complex policy environments predicated on cooperation, and how this influences and is influenced by the national level. I also research the implications of Brexit for UK and EU foreign policy-making, and the impact of Brexit on Northern Ireland.

I am currently working on a research project examining the impact of the Treaty of Lisbon on EU foreign policy and foreign policy-making, focusing particularly on the Political and Security Committee, in collaboration with Dr Heidi Maurer of Bristol University. I have also worked on several international research projects, including ‘The European Commission: Where now? Where next?’ and ‘Understanding the EU Civil Service: The General Secretariat of the Council’.