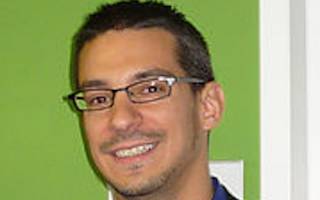 I am currently an associate professor in the Department of Political Science, School of Public Policy, at University College London (UCL). I'm also an affiliated researcher in the R4D project “Ethnic Power Relations and Conflict in Fragile States,” funded by the Swiss National Science Foundation (SNF) and the Swiss Agency for Development and Cooperation (SDC).

I received my Ph.D. in political science from ETH Zürich and was subsequently a visiting postdoctoral research associate at Princeton University. Previously, I spent two months as a visiting researcher at the Universidad Andina Simón Bolívar in Quito, Ecuador, and two terms as an Amity Institute intern at Hamline University in St. Paul, MN.

Apart from my academic work, I worked as a German language teacher for adult immigrants in Switzerland for over ten years, and volunteered as a social worker in an institution for street children in Tegucigalpa, Honduras, from 2008 to 2009. For more than fifteen years, I have been traveling extensively throughout the world, but most enthusiastically in Latin America, Africa, and the Middle East.

My research and teaching interests stand at the intersection of international relations and comparative politics, with a particular focus on non-state actors and contentious politics in developing countries. I am most interested in four broad related topics: the causes and consequences of inequality and civil violence in multiethnic states, processes of ethnic group mobilization, the impact of elite networks on contentious politics in developing countries, as well as political extremism and radicalization. My research is informed by both quantitative and qualitative methods and draws on profound regional expertise acquired, above all, through field research in both Latin America (Guatemala, Ecuador) and Sub-Saharan Africa (Côte d'Ivoire, Gabon). I am the author of "Mobilization and Conflict in Multiethnic States," which explains why some multiethnic countries are more prone to civil violence than others, combining statistical analyses with 150 in-depth elite interviews with key social and political actors.

I teach courses related to security and political conflict, including civil war and terrorism; violent and non-violent contention; non-state actors; as well as qualitative research methods.