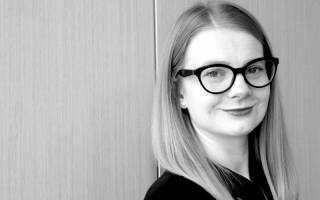 She holds a Master’s degree in Modern European Studies from UCL and a Bachelor’s degree in French and Italian from Balliol College, Oxford University. She received a Fulbright-Schuman fellowship in 2016/2017 to conduct research at Harvard University’s Department of Economics.

Eleanor spent two years working for the European Commission’s Directorate-General of Education and Culture. This experience shaped the direction of her research, which lies at the interface between political institutions and public administration.

Her current projects fall into three strands. In the first, Eleanor explores the political determinants of the adoption of public-private partnerships (PPPs). In a series of papers and a Cambridge Element manuscript (under contract), she theorises and analyses the distributive patterns of PPPs, the way in which their networks are modelled, and their effect on voters.

In the second, Eleanor investigates how national politics can affect local bureaucratic outcomes. Using data on a political scandal in Italy, she provides evidence that a sudden increase in electoral accountability for national deputies can increase corruption amongst local public officials.

In the third, she uses a novel within-country research design to show that changing the national electoral rule from majoritarian to proportional increased the number of women elected, while not decreasing the overall quality of politicians.