Our Losses, Your Gains?

Conceptualising the Impact of Climate Change Adaptation on Individual and Collective (Moral) Values. 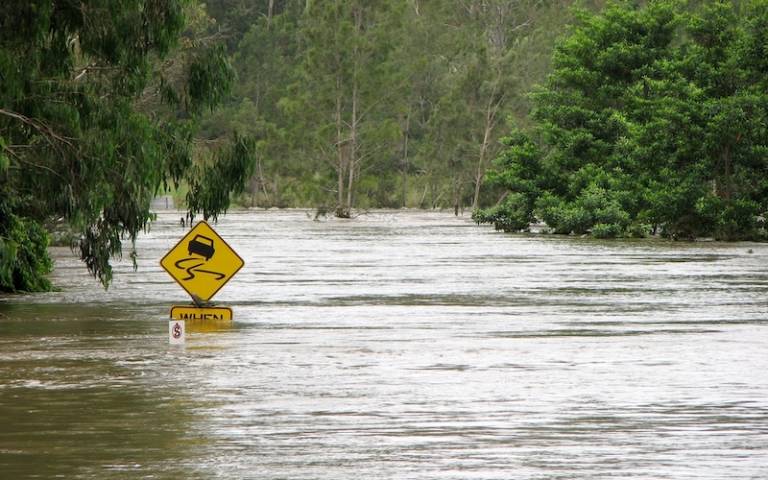 The Anthropocene signifies how drastically we humans have impacted and shaped the earth. Now we are bound to adapt and change our ways in turn. Even if greenhouse gases emissions could be drastically reduced now, global warming and its effects will last many years, and appropriate climate change adaptation measures have to be taken. These measures, such as physical infrastructure, financial mechanisms and relocation, are evaluated mainly on their ability to remove bio-physical and economic risks. The broader implications of adaptation on the lived experience of affected individuals or communities is less well researched. Scholars have only recently begun to describe the non-economic losses, such as place identities and altered social relationships, borne by people adapting to climate change. Perspectives from social sciences and humanities are crucial for a holistic understanding of the impacts of and justifiable implementation of climate change adaptation.

Two related problems are particularly pressing. First, climate change adaptation measures frequently affect collectives, and yet the values of the collective can differ and potentially conflict with the values of individuals. That creates descriptive and normative challenges of untangling both and giving each its due. How do we balance individually held values with those of the community? Second, we lack justifiable proxies or operationalisations of values to provide policymakers with boundary criteria for climate change adaptation measures. How can the fundamentally ethical nature of adaptation – impinging on what people value and what should thus be protected from loss - be reconciled with current dominant framings of adaptation as a techno-scientific response?

The project brings together an interdisciplinary group of UK and Netherlands- based early career scholars to work towards developing a philosophically sound conceptualisation of the relationship between individual and collectively held values, which can inform climate change adaptation policymaking. First, the project will enhance our understanding of relevant considerations in developing and evaluating climate change adaptation measures. Second, it will provide the conceptual prolegomena for the (empirically) measuring of climate change adaptation’s impact on values. In particular, we will focus on how values relate to the experience of loss and how these interact between individuals and collectives.
The collaboration will last for 12 months. The team will organise three online colloquia (the ‘VALUE Dialogues’) to foster interdisciplinary learning and collaboration, and to support the development of a conceptual framework on the impact of adaptation measures on individual and collective values. The framework will be further refined and discussed in a physical workshop in the Netherlands. The seed-funding will be used to organise the event, and to expand the interdisciplinary collaboration by inviting additional scholars. The final months of the project will be employed to take stock in a co-authored paper, and define future steps in view of applying for more extensive funding.

The primary impact of this project is to establish a set of ongoing interdisciplinary working relationships between the team, which includes researchers from history, geography, ethics, public policy, and environmental law. The project will create a shared conceptual framework that the teams aims to test in the future through a larger empirical study. The secondary impact of this project goes beyond academia and will be on the existing policy networks of the investigators. A policy brief will be produced and shared with policy actors in the field of adaptation and disaster risk reduction, and opportunities explored for involving them in the virtual or physical workshops.

To summarise, tangible outputs will include: