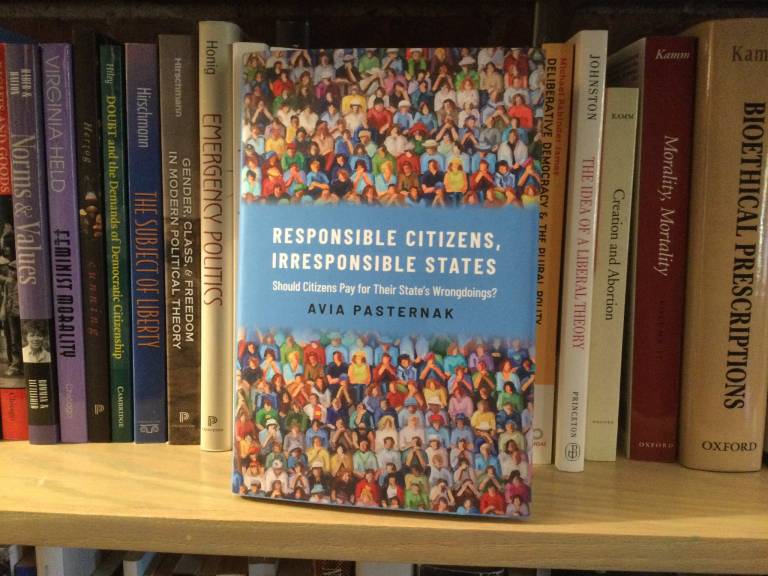 We tend to think that states can act wrongfully, even criminally. Thus, we also tend to think that states can be held responsible for their acts. They can be made to pay compensation to their victims or suffer penalties with respect to their standing in the international community, and so on. The trouble, though, is that when states are held responsible, the cost of moral repair is transferred to the citizens of the offending state, including citizens who objected to the wrongful acts, may have been unaware of them, or were powerless to prevent them. What could justify this?

In Responsible Citizens, Irresponsible States: Should Citizens Pay for their State’s Wrongdoings? (Oxford University Press 2021), Avia Pasternak develops a new defense of the idea that citizens have a duty to share in the burdens of their state’s wrongdoing. However, Avia also addresses the practical moral complexities of state wrongdoing, and defends a context-sensitive framework for distributing the burden.

Robert Talisse is the W. Alton Jones Professor of Philosophy at Vanderbilt University.