The 2019 ECPR Joni Lovenduski PhD Prize in Gender and Politics has for the first time been awarded jointly, to Orlanda (Orly) Siow, University College London and Cherry Miller, University of Tampere.

Much in the spirit of Joni Lovenduski’s pioneering research on the representation of women in politics and public life, our prize committee found these two dissertations exceptional and worthy of the 2019 prize.

Laudations from the Prize Committee

Orly Siow’s PhD thesis The effects of candidate race and gender on press coverage of political campaigns: an intersectional analysis argues that minority female candidates occupy a paradoxical position of hypervisibility and invisibility (which can occur simultaneously) in the US-American and British national press. The quality and quantity of media coverage received by candidates for political office is centrally shaped by gender and race, in a complex and sometimes surprising dynamic.

The committee considered Orly’s argument theoretically rich in its applicability to other marginalised groups that sit at the intersection of visibility and invisibility, and groundbreaking in its methods of analysis around intersectionality.

Her thesis applies a sophisticated mixed-method research design—using statistical techniques around content analysis, as well as qualitative techniques to tease out nuance in the general patterns uncovered—to the question of political intersectionality; with great potential for inspiring future research. In doing so, it brings intersectionality work forcefully into dialogue with the wider field of the political science discipline, with an innovative substantive and methodological application that may speak to scholars who have traditionally shied away from pressing, problem-driven questions around intersectional analysis. 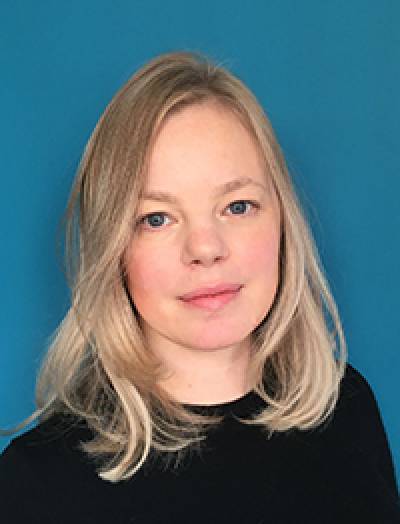 Orly holds an MA in Gender Studies and a PhD in Political Science, both from University College London. Later in 2019 she will take up a lectureship in the Politics of Gender at Newcastle University. Prior to her academic career, she worked for a number of gender-focused NGOs and a frontbench politician.

Her PhD investigates the intersectional effects of race and gender on news coverage of political campaigns by minority women. A quantitative and qualitative content analysis of local US, and national US and British newspaper coverage of recent elections reveals that minority women occupy a paradoxical position of hypervisibility and invisibility in the US and UK national press.

In the US local press, minority women receive less coverage than comparable white women, and less positive coverage than comparable candidates from all other groups. Although minority women’s race and gender is foregrounded more often than that of white women and minority men, many of the relevant news frames are surprisingly positive. However, there remains scepticism and hostility to progressive measures which have so often been necessary to improve the descriptive representation of marginalised groups.

More broadly, Orly argues that by considering only the effects of a single axis of identity such as race or gender, research on women or minorities in politics may run the risk of making claims that obscure the experiences of all but the most privileged within each group. Therefore, as the empirical results of her study demonstrate, intersectionality continues to offer great promise to gender and politics scholars. According to Orly, it is essential that research on women is inclusive of those who are most marginalised and least represented. The diversification of women in politics internationally provides the opportunity and the imperative to consider how gender and race intersect in this context.