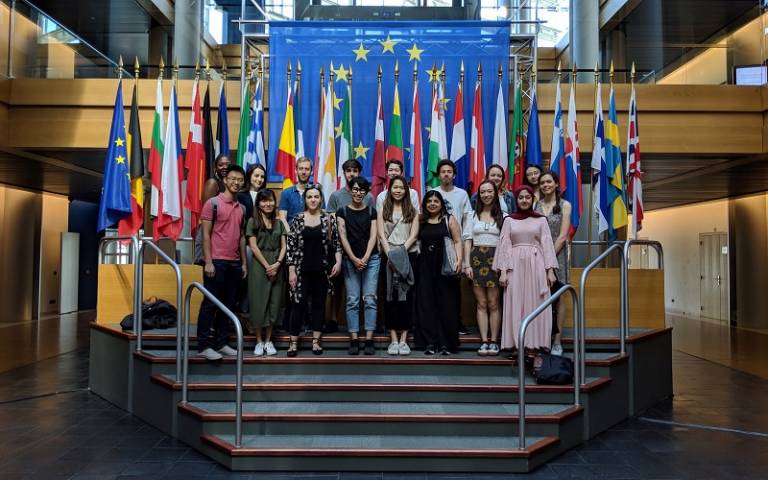 The original idea surfaced at the beginning of the academic year, when we had barely begun our course; a study trip for the MSc Global Governance and Ethics (GGE) students to visit an international organisation, the first initiative of its kind for our Masters Program. Eight months later, thanks to preparations by the Global Governance and Ethics Society and Dr Tom Pegram (GGE programme co-coordinator), which included securing a grant from the SHS Dean’s Strategic Fund for Education and Research Activities, around 20 of us made our way to Strasbourg for a visit to the European Parliament, followed by a visit to the Council of Europe.

Both visits began with an overview of the historical origins and current structure of the two organisations. While listening to the presentations, we were sitting in the hemicycle, where the debates between appointed representatives usually take place. At the Council of Europe, we received further insights on recent initiatives, specifically regarding the issue of migration and, more broadly, the political pressures within the Council, during a lecture by the Head of the Secretariat for the Parliamentary Assembly Committee on Migration, Refugees and Displaced Persons. 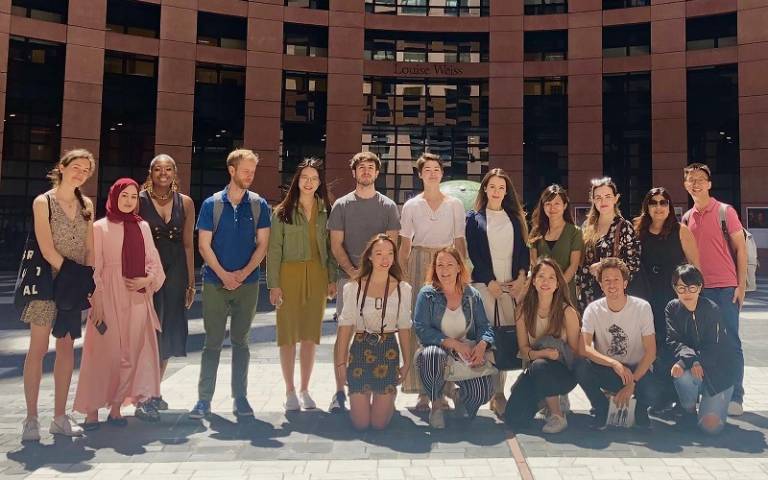 Visiting two such fundamentally different institutions demonstrated the breadth of activities, possible obstacles and purposes of global governance bodies today. While the European Parliament discusses hard law directives with varying degrees of discretion that are proposed by the Commission for transposition in the member states, the Council of Europe focuses its output on soft law, reports and recommendations as a rights-based organisation.

This way of working is further evident in the membership of the two organisations. The Council of Europe has a broader membership than the European Union, and it includes and engages countries with less than impeccable human rights records in an effort to effect change through dialogue, peer pressure and inclusion. At the same time, the Council is somewhat vulnerable to the goodwill of its members, seeing as it depends on only a handful of contributors for the majority of its funding.

From principal-agent theory to legalisation in global governance, the trip allowed us to draw links with the theoretical perspectives we had gathered over the year, providing an invaluable opportunity to learn more about the workings of international organisations in practice. The study visits were rounded off with various activities in the city of Strasbourg, which gave all of us a welcome chance to decompress and have some fun following the essay deadlines and exams of the previous term.