Markus is a PhD candidate at the UCL Department of Political Science. 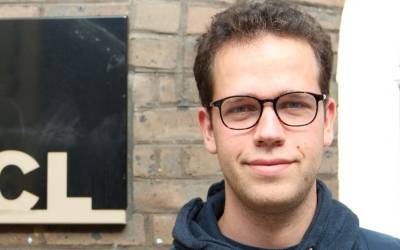 Markus Kollberg is a PhD Student in the Department of Political Science, University College London (UCL). He holds an MSc in Democracy and Comparative Politics from UCL, completed a BA in Politics, Organisation and Administration at University of Potsdam (Germany), and spent a semester abroad at Babes-Bolyai University Cluj-Napoca (Romania). Besides his studies, Markus has been working as a freelance journalist for several German Quality Newspapers writing about German, British and International Politics.

To answer this question, the PhD project will investigate parliamentary debates in different European legislatures. It will make use of recent innovations in Quantitative Text Analysis and Machine Learning in order to develop a new approach for measuring populist rhetoric in legislative speeches. In addition, the research project will investigate how populist communication spreads among speeches from different legislators. Moreover, it will test the effects of populist messages on voters by using public opinion data as well as survey experiments. The result will be a rich body of new evidence on the consequences of populist success, on strategies of mainstream and populist legislators in parliamentary debates, as well as on voters’ reactions to populist communication.

Markus is a teaching assistant for the postgraduate module “Special Topics in Quantitative Analysis: Quantitative Text Analysis” at the Department of Methodology, London School of Economics and Political Science (LSE). In addition, he has been involved in teaching and organising several civic education programmes in Germany and Romania.