A Retrospective on the 2020 US Elections 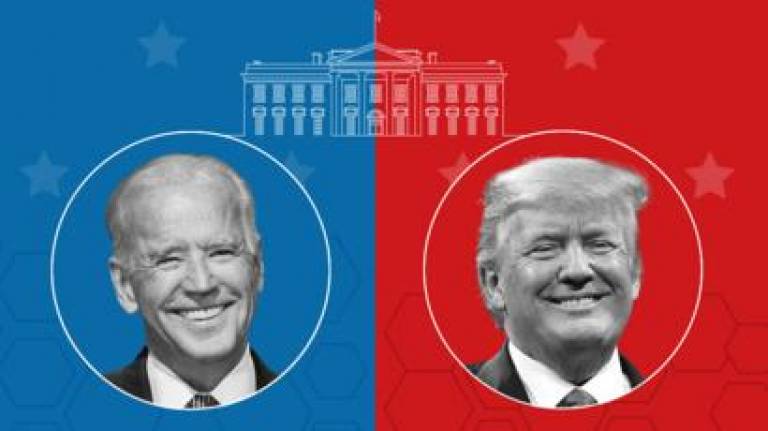 The Centre on US Politics, with support from the US Department of State, brings you the second in its series of events on the 2020 US elections.

With the dust finally settling on one of the highest stakes US elections in recent memory, pollsters, pundits, academics, and policymakers are looking to make sense of what happened. What are the key take-aways from the 2020 US elections? Why did the results turn out as they did? What are the main policy implications of the elections, and how will they shape US governance in the coming years? In this panel discussion, four leading experts—Ross Douthat (New York Times), Sunshine Hillygus (Duke), Terry M. Moe (Stanford), and Paul E. Peterson (Harvard)—will offer a retrospective on how Americans cast their ballots in 2020 and investigate its significance for the nation’s political landscape.

Ross Douthat is an opinion columnist for The New York Times. A prolific writer, Mr. Douthat has written for The Atlantic and National Review and has been published widely in the popular press. He is the author of five books: “The Decadent Society: How We Became the Victims of Our Own Success” (Simon & Schuster, 2020); “To Change the Church: Pope Francis and the Future of Catholicism” (Simon & Schuster, 2018); “Bad Religion: How We Became a Nation of Heretics” (Simon & Schuster, 2012); “Grand New Party: How Republicans Can Win the Working Class and Save the American Dream” (Doubleday, 2008, with Reihan Salam); and “Privilege: Harvard and the Education of the Ruling Class” (Hyperion Books, 2005).

D. Sunshine Hillygus is Professor of Political Science at Duke University. Hillygus has published widely on the topics of American political behavior, campaigns and elections, survey methods, public opinion, and information technology and politics. She is co-author of “Making Young Voters: Converting Civic Attitudes into Civic Action” (Cambridge University Press, 2020), “The Persuadable Voter: Wedge Issues in Political Campaigns” (Princeton University Press, 2008) and “The Hard Count: The Social and Political Challenges of the 2000 Census” (Russell Sage Foundation, 2006). She is director of the Duke Initiative on Survey Methodology and co-director of the Polarization Lab.

Terry M. Moe is the William Bennett Munro Professor of Political Science at Stanford University and a senior fellow at the Hoover Institution. He has written extensively on the presidency and public bureaucracy as well as political institutions more generally, publishing many scholarly articles on these topics. His most recent books are “Relic: How Our Constitution Undermines Effective Government—And Why We Need a More Powerful Presidency” (Basic Books, 2016, with William Howell) and “Presidents, Populism, and the Crisis of Democracy” (University of Chicago Press, 2020, with William Howell).

Paul E. Peterson is the Henry Lee Shattuck Professor of Government and Director of the Program on Education Policy and Governance at Harvard University, a Senior Fellow at the Hoover Institution at Stanford University, and Senior Editor of Education Next, a journal of opinion and research. Peterson is a former director of the Center for American Political Studies at Harvard University and of the Governmental Studies Program at the Brookings Institution. He is a member of the American Academy of Arts and Sciences and the National Academy of Education, and has received fellowships from the Guggenheim Foundation, the German Marshall Foundation, and the Center for Study in the Behavioral Sciences.

Moderator: Thomas Gift, Director of UCL Centre on US Politics