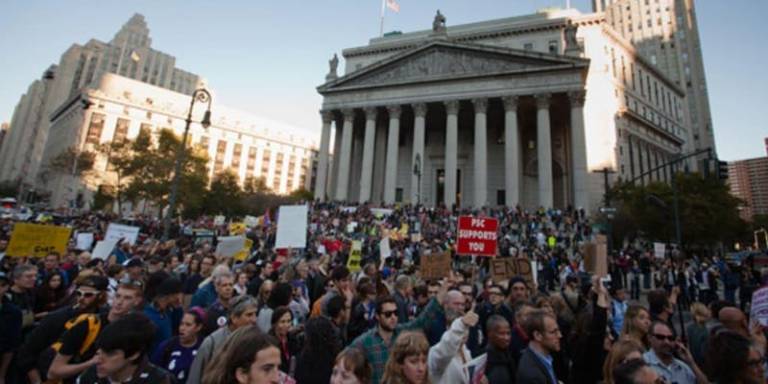 We live in an increasingly globalized and interconnected world. Yet in 2019, basic democratic values and liberties were under threat...

...and liberties were under threat in many countries that have been considered “stable democracies” for years.

How do we create—and preserve—democracy across the globe? By knowing and understanding what weakens it.

One of democracy’s foes can be populism. Populism is typically defined as a movement that gives voice to those who feel disregarded by political elites. Although challenging to recognize, there is a danger in leaders who rise democratically and then heavily clamp down on institutions once in power. In the UK, rising populism allowed for the passing of the Brexit referendum. Propaganda in support of this referendum often used xenophobic and islamophobic rhetoric to resonate with voters who may have already felt alienated from the increases in globalization.

Nonviolent social movements have surged in response to the rise of populism, nationalism and racial intolerance in Europe, Asia and the United States. But how can these movements help to defend democratic institutions and values today?

These subjects will be discussed at “Defending Democracy Through Social Movements” lecture. Srdja will discuss the most important battlegrounds for democracy that exist around the world today. Moreover, the lecture will provide an overview of the key principles of successful nonviolent movements, both contemporary and historical, large and small.

Srdja Popovic is the Founder and Executive director of the Center for Applied Nonviolent Actions and Strategies (CANVAS), a non-profit organization based in Belgrade, Serbia that aims to teach the use of nonviolence to make a change.

He was born and raised in Belgrade, Serbia (then part of Yugoslavia), in 1973. Popovic played the guitar in a rock band and graduated from the Faculty of Biology in Belgrade, holding a Master’s degree (MA) in animal ecology. Since his early 20ies, he has focused on activism, democracy and human rights issues.

In 1998, Popovic founded the student movement “Otpor!” (“Resistance!”) which played a crucial role in ousting president Slobodan Milosevic, former Serbian dictator accused of war crimes. After Milosevic was defeated in 2000, Popovic was elected to the Serbian Parliament where he served from 2000 until 2004.

Following his career in the Serbian Parliament, Popovic went on to found CANVAS, acting as its executive director ever since. CANVAS was created with the intent of teaching people all over the world about how to be successful in nonviolent conflict. So far, the organization has worked with activists from 46 different countries, spreading the knowledge of the nonviolent strategies and tactics used by Otpor! worldwide.

Apart from being nominated for the Nobel Peace Prize in 2012, Popovic was listed as one of the "Top 100 Global Thinkers" of 2011 by the Foreign Policy Magazine. And in 2014 he was listed as a "Young Global Leader" by the World Economic Forum in Davos. Popovic is also the author of the recent book Blueprint for Revolution.