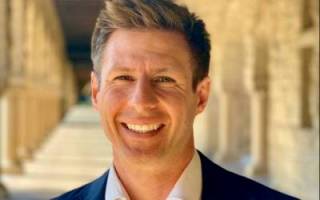 Thomas Gift is Associate Professor of Political Science in the School of Public Policy. As founding Director of the UCL Centre on US Politics (CUSP), he has written for leading scholarly outlets and is a frequently cited expert on American politics, government, and policy.

His work has been supported by funding bodies such as the U.S. National Science Foundation, the U.S. Department of State, the British Academy, and the British Association for American Studies.

Previously, Gift was based at the John F. Kennedy School of Government at Harvard, where he won a prize for distinction in undergraduate teaching in the College. He has held fellowships or visiting appointments at Stanford, Oxford, and the London School of Economics.

Gift holds a Ph.D. in political science from Duke.

Gift’s research specializes in comparative politics and political economy, with a focus on U.S. politics, public policy, and applications of survey and experimental methods. His work spans topics such as democracy, polarization, elections, public opinion, and American governance generally.

At UCL, Gift teaches modules on “American Government” and “Public Policy Economics.”  He also teaches an annual summer course at Harvard on “The Political Economy of Globalization.”