10:00-11:00: Understanding the Grey Zone & the Future of International Conflict

Join Dr Melanie Garson for an in-depth conversation with Elisabeth Braw, resident fellow of the American Enterprise Institute, to explore the nature of grey zone threats from cyberattacks, disinformation and subversive economics, and the future of modern deterrence.

Elisabeth Braw is a resident fellow at the American Enterprise Institute (AEI), where she focuses on defense against emerging national security challenges, such as hybrid and grayzone threats. Concurrently, she is a columnist with Foreign Policy, where she writes on national security and the globalized economy, and a member of the National Preparedness Commission (UK).

Before joining AEI, Ms. Braw was a senior research fellow at the Royal United Services Institute for Defence and Security Studies in London, where she founded its modern deterrence project. She has also been an associate fellow at the European Leadership Network, a senior fellow at the Atlantic Council, and a senior consultant at Control Risks, a global risk consultancy.

Ms. Braw started her career as a journalist working for Swedish newspapers and has reported on Europe for The Christian Science Monitor and Newsweek, among others. She is often published in a wide range of publications, including The Economist, Foreign Affairs, The Times (of London), and The Wall Street Journal. She is also the author of “God’s Spies: The Stasi’s Cold War Espionage Campaign Inside the Church” (Eerdmans, 2019).

A frequent speaker at European and NATO conferences, Ms. Braw often appears on BBC Radio 4 and other international media.

11:00-12:00: From Cyberwarfare to Robots: Practical Exercise with Dr Melanie Garson 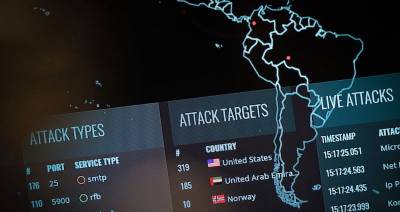 Join Dr Melanie Garson, module leader of From Cyberwarfare to Robots for an exciting practical seminar.

Register for RUSI event and listen to a conversation between two leading cyber diplomats on cyber risk, emerging technology and the protection of critical infrastructure. The event brings together Australia’s Ambassador for Cyber Affairs and Critical Technology and the UK Foreign, Commonwealth and Development Office’s Cyber Director to discuss cyber security, critical infrastructure, and international cyber cooperation. 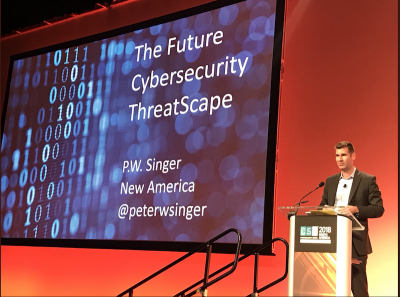 Join us for an exciting keynote conversation with Pete Warren Singer, Strategist at New America,  Professor of Practice at Arizona State University, and Principal at Useful Fiction LLC.

Described in the Wall Street Journal as “the premier futurist in the national- security environment,” he has been named by the Smithsonian as one of the nation’s 100 leading innovators, by Defense News as one of the 100 most influential people in defense issues, by Foreign Policy to their Top 100 Global Thinkers List, and as an official “Mad Scientist” for the U.S. Army’s Training and Doctrine Command.

No author, living or dead, has more books on the professional US military readings lists. His non-fiction books include Corporate Warriors: The Rise of the Privatized Military Industry, Children at War, Wired for War: The Robotics Revolution and Conflict in the 21st Century; Cybersecurity and Cyberwar: What Everyone Needs to Know and most recently LikeWar, which explores how social media has changed war and politics. It was named an Amazon and Foreign Affairs book of the year and reviewed by Booklist as “LikeWar should be required reading for everyone living in a democracy and all who aspire to.”

He is also the co-author of a new type of novel, using the format of a technothriller to communicate nonfiction research. Ghost Fleet: A Novel of the Next World War was both a top summer read and led to briefings everywhere from the White House to the Pentagon. His latest is Burn-In: A Novel of the Real Robotic Revolution. It has been described by the creator of Lost and Watchmen as “A visionary new form of storytelling—a rollercoaster ride of science fiction blended with science fact,” and by the head of Army Cyber Command as “I loved Burn-In so much that I’ve already read it twice.” 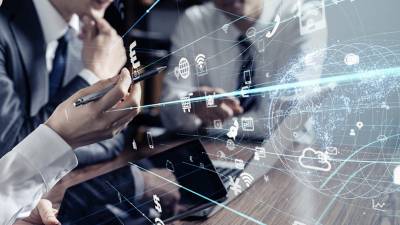 Join some of the students of the 2020-2021 cohort of the Cyberwarfare to Robots module as they share their policy proposals for solving some of the critical cyber and digital governance questions facing states and the international community.

Join us for an exciting discussion with Dr Josephine Wolff, Assistant Professor of Cybersecurity Policy at the Fletcher School of Law & Diplomacy, and Le-Anne Howard, Strategy and Policy Advisor, NATO Special Operations Headquarters, in which we will be delving into the challenges of cyber and digital threats, and how organisations such as NATO are preparing through capability development, training and education.

LeAnne Howard has served in strategy and policy positions with the U.S. military, NATO, and special operations for nearly two decades, to include nine years overseas in support of alliances and coalitions. She is also a non-resident fellow with Columbia University's School of International and Public Affairs.

Dr Josephine Wolff is an assistant professor of cybersecurity policy at the Tufts Fletcher School of Law and Diplomacy. Her book, You'll See This Message When It Is Too Late: The Legal and Economic Aftermath of Cybersecurity Breaches, about cybersecurity incidents from the last decade, tracing their economic and legal aftermath and their impact on the current state of technical, social, and political lines of defense, was published by MIT Press in 2018. Her writing on cybersecurity has also appeared in Slate, the New York Times, the Washington Post, the Atlantic, and WIRED. Prior to joining Fletcher, she was an assistant professor of public policy at the Rochester Institute of Technology and a fellow at New America and Harvard's Berkman Klein Center for Internet & Society.