We warmly welcome Dr Joel Davis as new Lecturer in Planetary Surfaces at Birkbeck's Department of Earth and Planetary Sciences, from May 2022. 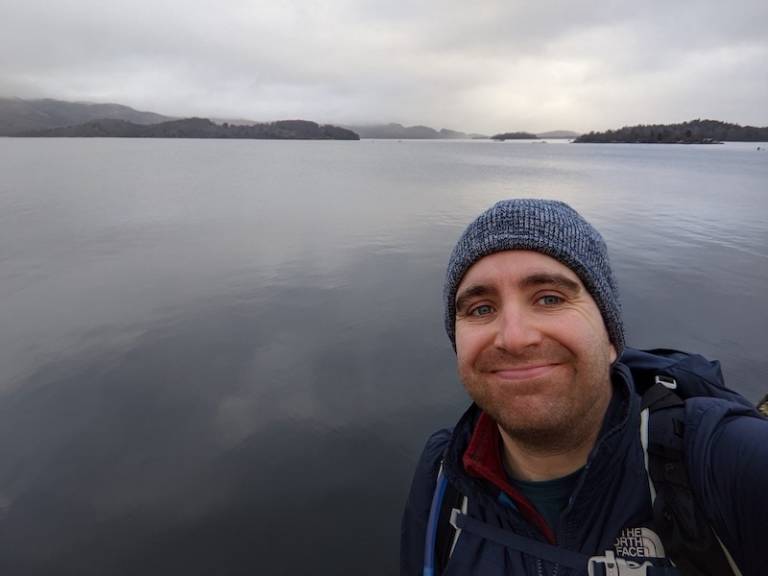 Dr Joel Davis is planetary geologist interested in the evolution of terrestrial planets. His research is focussed on understanding the geology and palaeoenvironment of planets, with an approach encompassing terrestrial and planetary remote sensing, and fieldwork in analogue Earth environments. His main focus is Mars – it is well known Mars was less arid billions of years ago (it is hyperarid today), and perhaps more similar to Earth - and Joel’s work seeks to exploit Mars’ ancient geological record to determine when and how quickly the climate “dried out”, whether this occurred intermittently, and why it diverged from the Earth.

Joel’s research covers subjects including ancient river and lake systems, reconstructing palaeo-environmental conditions, sedimentary basin development, active aeolian systems, glacial environments, and characterising landing sites for future missions. Working across disciplinary boundaries is vital for Mars research, where a lack of ground truth data means a diverse geological experience is vital for making robust interpretations. Joel’s recent work, in which he discovered some of the oldest river systems on Mars, contributed significantly to the ongoing debate on the nature of Mars’s ancient climate. He is also interested in arid environments on Earth and how climate change and other human activity is affecting them.

Joel is a Participating Scientist on NASA’s Curiosity rover mission and is part of ESA’s TGO-CaSSIS and ExoMars PanCam science teams. He has been involved in the characterisation of martian landing sites for both the ExoMars and Perseverance rovers. At Birkbeck, he will be leading the Remote Sensing and Planetary Surfaces undergraduate module. Joel is also a UK Space Agency Aurora Research Fellow and, prior to joining Birkbeck, he was based at the Natural History Museum (NHM) in London. Joel previously undertook a PDRA at the NHM and completed both his PhD in planetary geology and my MSci in geology at University College London.

We asked Joel what he was looking forward to most in his new role:

I am excited to join the Earth and Planetary Sciences Department at Birkbeck, one of the few institutions in the UK to offer an undergraduate degree in planetary science. More broadly, I am also really looking forward to working with researchers and students within the Centre for Planetary Sciences, who cover a range of different disciplines in the planetary sciences.

I am excited to join the Earth and Planetary Sciences Department at Birkbeck, one of the few institutions in the UK to offer an undergraduate degree in planetary science...