Following the successful delivery of the PanCam flight model to Airbus in Stevenage in May 2019, the excitement has been building towards launch in July 2020! 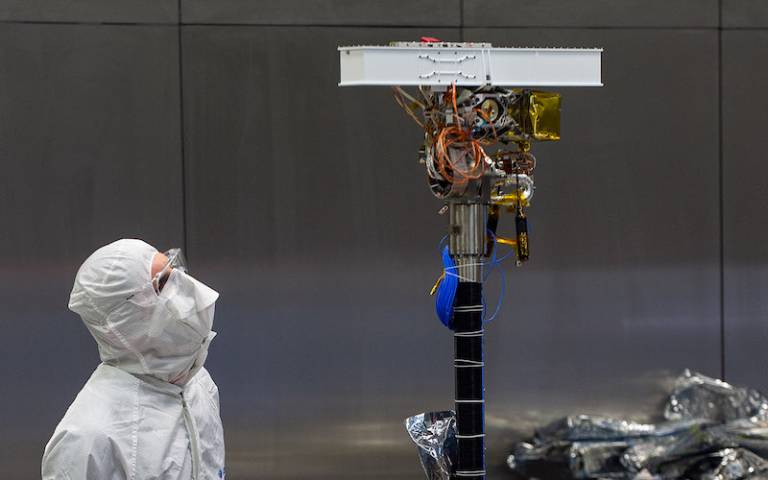 Following the successful delivery of the PanCam flight model to Airbus in Stevenage in May 2019 (marked by an ESA Science Image of the Week showing PanCam’s filters), the excitement has been building towards launch in July 2020. PanCam was integrated onto the rover’s Deployable Mast Assembly, and then on 19 August this was installed onto the rover itself. Our first calibration checks were done on the rover that day, and images were successfully taken and transferred all the way through the rover systems – a proud moment for the UCL-led PanCam team! After completion in late August, the rover was moved to Toulouse for a programme of environmental testing, to make sure Rosalind Franklin survives launch and the harsh temperature environment on the surface of Mars. The vibration and thermal vacuum tests were completed in December, and PanCam took an image of the inside of the vacuum chamber during a low temperature part of the test. Starting on 13 January 2020, PanCam calibration on the rover continued for a few days. This included cross calibrations with the Infrared Spectrometer (ISEM), the Close up Imager (CLUPI) and the navigation cameras (NavCams). PanCam sent a team including Barry Whiteside (UCL-MSSL), with colleagues from Aberystwyth and Joanneum Research, to Toulouse for the tests.

Preparations are being made for operations on Mars, and Andrew Coates and Craig Leff from MSSL presented at the ExoMars science working team meeting in December, and Andrew also presented on PanCam at the British Planetary Science Conference in Oxford, 15 January. A PanCam science team meeting is planned at UCL-MSSL in February. Subject to parachute tests planned for February and March being successful, we look forward to the launch between 25 July and 13 August on a Proton from Baikonur, Kazakhstan, and to landing on Mars on 19 March 2021. 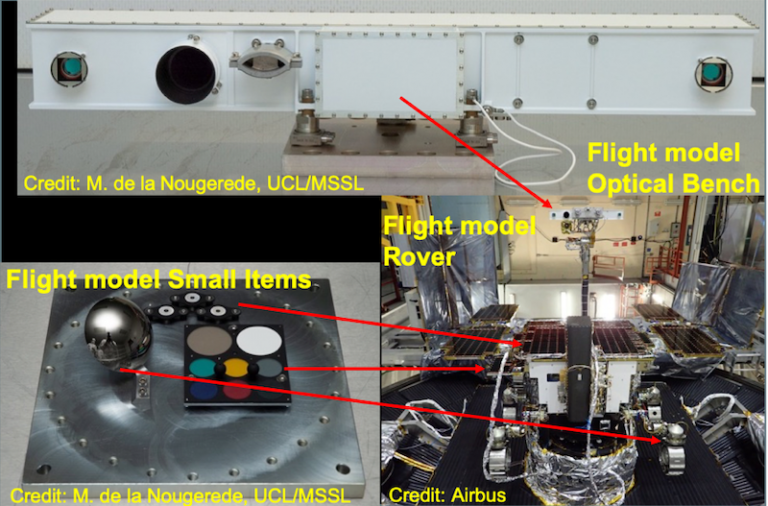 Andrew Coates will give a UCL Lunchtime Lecture on The Rosalind Franklin Rover's mission: looking for life.