We are delighted to announce Dr Dominic Papineau as the new Director of the Centre for Planetary Sciences at UCL/Birkbeck. 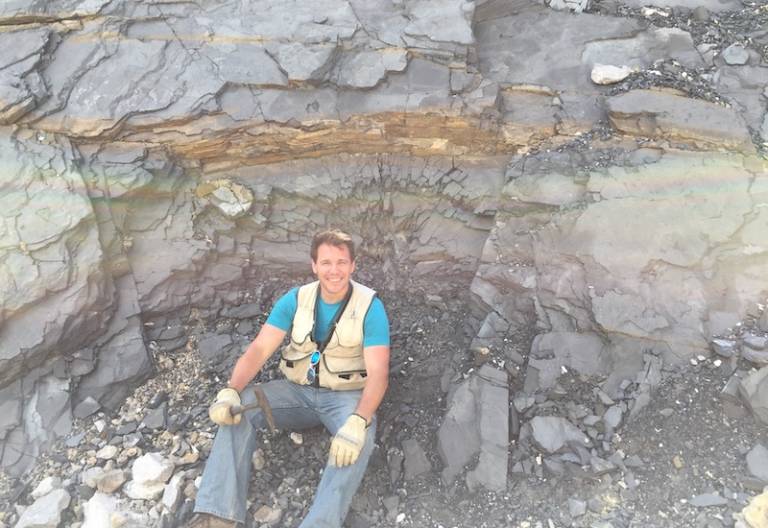 We are delighted to announce that Dr Dominic Papineau (UCL Earth Sciences and London Centre for Nanotechnology) has been appointed as the new Director for the Centre for Planetary Sciences at UCL/Birkbeck. A short bio of Dr Papineau follows:

Dr Papineau was born in Montréal, Québec, Canada and his mother tongue is French. He was the first Canadian selected to participate in the NASA Astrobiology Academy in 1999. Papineau obtained his BSc in Physics (major) and Biochemistry (minor) from McGill University in 2001, which included coursework in Astrophysics and research on extra-solar planetary systems at the Université de Montréal. In 2006, he obtained a PhD in Geological Sciences and Astrobiology from the University of Colorado at Boulder in the United States of America. After his PhD, he was a postdoctoral fellow at the Carnegie Institution of Washington, and then an assistant professor at Boston College, before crossing the Atlantic Ocean to join University College London in 2013. Here, he is based in the London Centre for Nanotechnology, and he built the Geological Spectroscopy Laboratory in the Department of Earth Sciences. He uses micro- and nanoscale analytical approaches to study the composition of minerals in old rocks, including the oldest on Earth, to identify biosignatures in them. His work on the origin and early evolution of life aims at preparing for exobiological studies. He has taught the modules Geochemistry, Earth Materials, Geoscience Report, and contributed to the field portion of the module Surfaces Processes in the Department of Earth Sciences.

As the new director of the Centre for Planetary Sciences at UCL/Birkbeck, his plans include teaching a new module on the ‘Origin of Life and Exobiology’ in 2020, as well as initiating a new student exchange program with our best CPS students and academic institutions in China.

Dr Papineau succeeds outgoing Director Professor Geraint Jones (MSSL). Professor Jones has served as the CPS Director for the past 3 years and we extend a huge thanks to all his efforts during this time. He will continue on the CPS Board, alongside Dr Ingo Waldmann (UCL Physics and Astronomy), Prof Nick Achilleos (UCL Physics and Astronomy), and Prof Ian Crawford (Birkbeck Earth and Planetary Sciences).