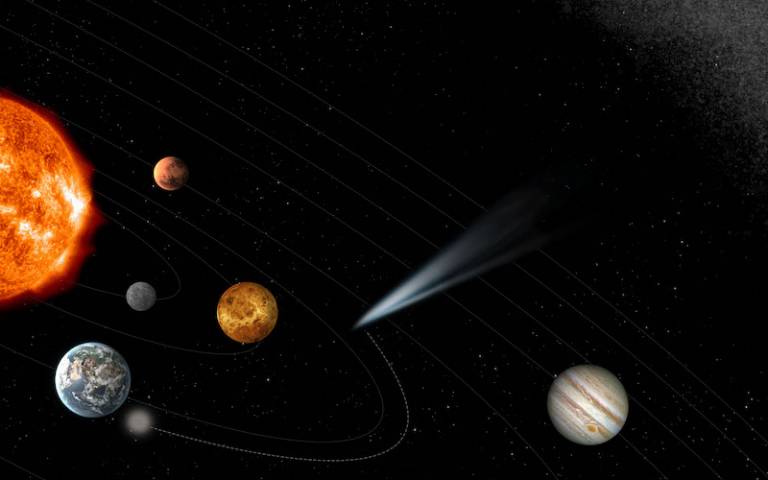 Now entering the detailed study phase, Comet Interceptor aims to​ investigate a dynamically-new comet or interstellar object approaching the Sun for the first time to improve our understanding of the origins of our solar system and the wider universe.

To address these challenges, Professor Geraint Jones (UCL Space & Climate Physics, and The Centre for Planetary Sciences at UCL/Birkbeck) and Dr Colin Snodgrass (University of Edinburgh) led an international team from Europe, Japan, and the USA that proposed Comet Interceptor – a multi-spacecraft ‘fast’, or F-class mission.

Comet Interceptor will be launched as a co-passenger with the ARIEL (Atmospheric Remote-sensing Exoplanet Large-survey) mission led by Professor Giovanna Tinetti (UCL Physics & Astronomy, and The Centre for Planetary Sciences at UCL/Birkbeck).