The course extends over two academic years, starting in early October each year.

Lectures will be given by the Department of Physics and Astronomy, at University College London in Gower Street (The exact location will depend on central booking of lecture theatres which cannot be confirmed until the start of September.)  This is a convenient central London location, easily accessible by public transport. Classes will be held on Tuesday evening each week during the academic Term. The hours will be from 6.00 pm to 9.00 pm with breaks for refreshments.

The programme of lectures will be interspersed with discussion sessions and problem classes. After an introductory induction evening in the first week, classes will run for 10 or 11 weeks in each of the two teaching terms of each year. Students typically spend around 20 hours per week on certificate work.

Two modules will be taught in each term, as follows:

The three lectures each evening will normally be one on one module, and two on the other module running that term, arranged to give equal numbers of lectures in the two modules over the term.

Introduction to Astronomy. ­ A historical overview of astronomy, providing an introduction to the night sky, stars, galaxies and cosmology, including the techniques that have been used for centuries, up to the modern giant telescopes, radio telescopes, space observatories and gravitational wave detectors.The necessary knowledge of maths plus some basic physics and chemistry will be covered at this stage in order to prepare students adequately for the rest of the course.

The solar system. ­ Basic geography, interior structures, surface features and atmospheres of the terrestrial planets. Plate tectonics, volcanism, seismology and radiometric dating on the Earth. Impact cratering, polar regions, and origin of the Moon. Interiors, atmospheres and rings of the giant planets. Basic geography and surface features of the satellites of the giant planets. Properties of Pluto and other dwarf planets. Asteroids, meteorites, comets, Kuiper Belt and Oort cloud. Origin of the solar system.

NOTE: Year one content is based on the text book UNIVERSE by Freedman, Geller and Kaufmann (any of the last 3 editions), which students are strongly advised to obtain for use during the certificate course and also as a useful future reference.

Extra-solar planets and the search for life. ­ Methods for searching for planets; Doppler shifts, transits, imaging and infrared observations. Recent results and implications for theories of the formation of planetary systems. Future missions. Schematic history of the development of life on Earth. Criteria for life; habitable zones, life-times of stars; panspermia. Possibilities of life elsewhere in the solar system, including the cases of Mars, Europa and Titan (current and future spacecraft missions).  Signatures for life and the role of atmospheric compositions. The Darwin mission. SETI and the prospects for intelligent life; the Drake equation, the Fermi paradox; searches for signals and artefacts from other civilisations.

Students will attend the practical sessions at the University College London Observatory in groups. Each student will have eight evenings at the Observatory in each year, attending at three-weekly intervals for four weeks in each of the teaching terms. Classes run from 6.30 to 9.30 pm, on Wednesday evenings. YEARS ONE AND TWO

For clear nights, the syllabus includes the use of telescopes, the use of astronomical software, the operation of CCD cameras, observations of the Moon, planets, stars, nebulae, and galaxies by direct viewing and by colour imaging with the Radcliffe 24-inch/18-inch double refractor and the two 14-inch robotic telescopes. Cloudy nights are dedicated to laboratory exercises covering topics such as planetary surfaces, pulsars, stellar spectra, Hubble red shift of galaxy clusters, interstellar matter, galaxy classification and the moons of Jupiter. 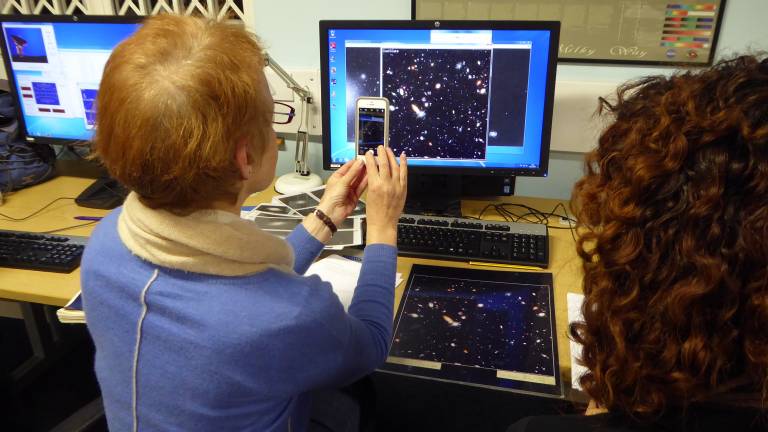 First year students will prepare a critical review of a practical experience of their choice at the UCL Observatory throughout the year. The review will be written in dissertation style.

Students in the second year will select a topic of their own choice or from a list provided, research and write an extended dissertation (essay) on their specific area of Astronomy, Astrophysics or Cosmology. The research is expected to use the UCL Library (both physical and electronic resources) as well as other sources such as the Internet.

For both years, the documents will be about 4000 words long and the final deadline for submission will be the end of Term 2.