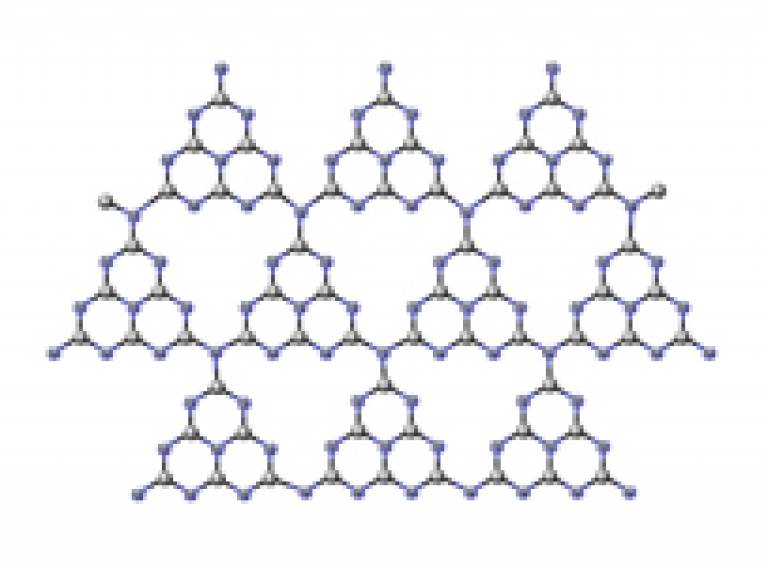 A team including four UCL departments has joined the EU’s Graphene Flagship project, giving the university a foothold in one of the biggest scientific programmes currently underway.

Graphene is a revolutionary material, a sheet of carbon just one atom thick. It was first produced in the lab a decade ago by scientists at the University of Manchester, and won them the 2010 Nobel Prize in Physics. Since then, many potential uses for its unusual properties have been proposed, ranging from body armour (graphene is very strong) to electronics (it is highly conductive).

Spotting the potential of this new material, the European Union has launched the Graphene Flagship project to fund research into its applications. It is the biggest research initiative the EU has ever carried out, with a budget of €1bn over 10 years.

Graphene, like soot, graphite in pencils, and diamond, is pure carbon. Its unique properties come from the arrangement of its atoms in a huge, flat, hexagonal lattice. But it is also possible to modify graphene, by substituting another element’s atoms for some of the carbon atoms.

UCL scientists will focus on sheets of graphene in which roughly half the carbon atoms are replaced with nitrogen. This changes the properties of the graphene, producing a web-like structure rather than a solid sheet (pictured). This gives it a much larger surface area, which is good for a range of applications including batteries and catalysts. It also modifies its electrical properties.

The project links UCL’s track record in producing this carbon nitride graphene, with Imperial’s expertise in producing liquid suspensions (or ‘inks’) with graphene and carbon nanotube particles in them.

The technologies worked on by the project have many applications. These include improved battery technologies: the lithium ions that power high-capacity rechargeable batteries attach themselves effectively to the surface of carbon nitride graphene. Carbon nitride graphene can also help protect metal electrodes in catalysts, although the precise mechanism behind this is not fully understood.

The funding, which supports postdoctoral research staff at UCL and Imperial for 18 months, will help demonstrate that carbon nitride inks can be produced and show that they can be integrated with conducting materials (to produce batteries or catalytic devices).

Strategically, it will also place UCL in a strong position to participate further in the Graphene Flagship in coming years.