The New School of Pharmacy Building, 1960

A view of the new School of Pharmacy building on Brunswick Square opened on 27 April 1960 by the Chancellor of the University of London, HM Queen Elizabeth the Queen Mother. 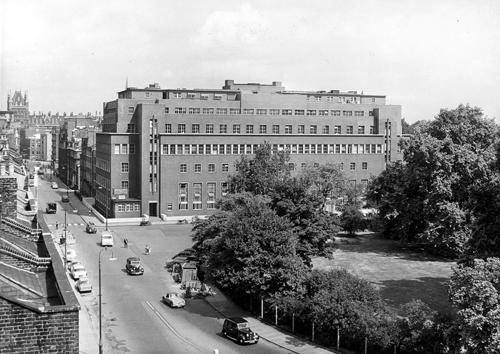 Ever Evolving London
It is interesting to note the row of Georgian terraces to the the left of the picture which were demolished in the 1960s to make way for the Brunswick Centre (originally called the Foundling Estate). The School itself was built on a site which once consisted of ten Georgian houses built in 1804, famous occupants included the author Virginia Woolf, the economist John Maynard Keynes and the surgeon (and co-founder of the University of London) Neil Arnott.