The 8th of March is the International Woman’s Day 2017. We’re using the whole week to celebrate the achievements of our women scientists at the Department of Experimental Psychology.

As part of our celebrations, we have developed a blog series featuring our female researchers. 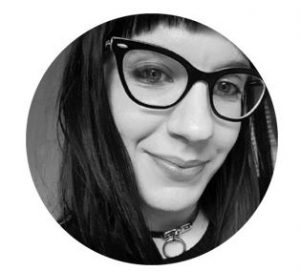 Olivia Guest is a post-doctoral researcher at the Department of Experimental Psychology.

1. If you would have to summarise your research interest in one question, what would it be?

“What are the computational underpinnings of conceptual representations?”

2. How did you become interested in your current research topic? 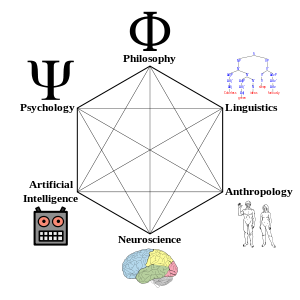 “Countless seminars, lectures, journal articles, and discussions with other academics, have all shaped my understanding and influenced my work. Strangely an early experience browsing the internet proved very formative. About 12 years ago I read the Wikipedia page on cognitive science just after I had applied for my BSc in computer science. To my relief the article explained that comp sci is one of the undergraduate degrees that can feed into cog sci proper. This much is true as this is when I started reading increasingly more about the brain and mind.

However, I also have a related false memory, which I have only recently identified as such. Until last week, I had believed that I was inspired more than a decade ago specifically by the topmost figure (the cog sci hexagon) on the Wikipedia page on cog sci.Amusingly, this is impossible, as I discovered by looking through the edit history, because Andy Fugard (a colleague in the same division) added it in December 2009, well after I started my MSc in cog sci at UCL.” 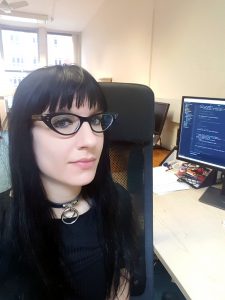 3. What’s your favourite part about being a researcher?

“The breadth of topics one is exposed to by being a computational modeller means I am always learning something new. I get to explore many different sub-fields because of how broadly my skills can be applied. Because of my personality and background, I find programming a computational model relaxing. Often I’ll look up at the time and then back again and what feels like minutes will have been hours of reading, writing, coding, and thinking. I also love networking and giving talks. I have made some of my best friends at conferences.”

4. What are the current challenges for female researchers in your opinion? How do you deal with them?

“Women, as well as queer people, ethnic minorities, and other underrepresented groups, in science have to negotiate a lot of different hurdles — for example, significantly fewer role models. Sometimes these hurdles are tougher versions of the issues non-minorities face. Other times they are specific problems we have to face that well-represented people are ignorant of because they never have to deal with them directly. When I first moved to the UK to study for my BSc, I really struggled with the culture and weather as a Cypriot. I was sick for the whole three years, homesick, overwhelmed, and had little support from my university. During the same time, I was told explicitly on two different occasions that “women are not as good as men at computer science”. In the past, I used to stay quiet and get privately upset. In the present, I tend to speak out and argue back, which makes me both feel better and seems to change people’s behaviours. Having the energy reserves to speak out helps others, too.”

5. Is there something you still want to discover with your research in future?

“One thing I would like us to understand is how deep artificial neural networks uncover structure in their environment from a more high-level theoretical perspective, i.e., not just in terms of engineering or mathematics. An upper bound might eventually constrain such models since improvements occur more in a brute force (e.g., adding more depth) manner than being driven by theoretical understanding. To truly understand what brain-like properties these networks have, if any, a high-level account that can predict and explain their behaviour must be sought.”