I’ve been asked to write a blog post about my lock-down experience… I thought about contributing a few sage professorial words of wisdom about the situation we face and the future for academics, or even the future of the planet, but in all honesty I don’t have any* – the future is as shrouded in fog for me as for everyone else. So I thought instead I would just tell you what I’ve been up to.

The whole COVID experience began in earnest for me when I boarded a plane on March 9 bound for New Zealand. In case you think I had decided to have an adventure holiday in the middle of a pandemic, I should explain that I am actually a New Zealander, and had planned for many months to visit for eight weeks to see my mother and do some research with a lab in my home town of Dunedin, in the far south. Dunedin is right at the edge of the world – if you look out across the sea to the south you would see Antarctica if it weren’t for the Earth’s curvature, as there is no land between us and the ice. Indeed, Dunedin boasts the world’s only mainland albatross colony, as well as quite a few seals and penguins and a strange prehistoric lizard called the tuatara. It’s a great place to escape from a pandemic. It also has some amazingly good neuroscience.

I had dithered about whether to go but in the end I decided to press ahead – who knows when I would otherwise next see my mother, and anyway I figured she could use my help. The original plan had been to spend the first few days in Auckland at a medical school reunion, but on the way I began ruminating on the dire consequences of accidentally infecting 60-odd doctors with COVID-19 so I decided to self-isolate in Auckland instead, even though I had had no known COVID contacts. I’m glad I did because NZ subsequently suffered several coronavirus clusters that sprang from social gatherings exactly like mine, seeded by guests who did not know they were infected. My Air BnB host was incredible and kept me supplied with groceries, reduced my rent and on one memorable evening fronted up with her husband and daughter and some takeaways. I sat at a safe distance and we chatted about life on their farm, their horses and their yacht, and the general wonderfulness of life in NZ. 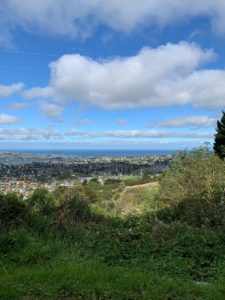 A few days later the NZ government startled everyone by suddenly announcing they were going to put the country into full lock-down so that no-one could travel anywhere. At this point the country had had only a handful of cases and one death, but they were watching the rest of the world very closely and had concluded, correctly, that immediate and strong action seemed necessary to suppress the virus. We had 48 hours to prepare so I hastily brought forward my flight by a couple of days and high-tailed it down to Dunedin. I was greeted with the unsurprising news that the university was shutting down and that my research project was no more, so I settled into life in my mother’s house and here I still am, unable to leave and wondering what is going to happen next.

Like many people, I have adapted to the strange new situation and have developed workarounds to let me carry on as normally as possible despite everything. This has actually failed miserably, but not because I am hampered by lack of resources. I have my laptop and broadband internet and a nice study, and – being an academic – these would let me work almost normally (I work from home a lot anyway). The fact is, I struggle to get much done because, like everyone, I am distracted and fascinated by the slow collapse of civilisation (at least that’s how it sometimes seems, although actually it’s impressive how much is carrying on despite everything). It’s hard to focus on the mundanities of admin and writing when the daily news is so grippingly apocalyptic. In the end I decided to stop fretting about not working enough and just accept that obsessing over the news and reading too much social media commentary is a coping mechanism – presumably the same one that stops you grooming your nails and fixing your hair when a charging rhino is approaching.

“Some commentators say that COVID-19 is actually a manifestation of ecological chaos  – the encroachment of humans into the natural world has brought together species that wouldn’t normally meet, allowing a bat in Wuhan to bring the human race to its knees.”

Now that things have settled into something approaching a routine I have started thinking about the future, and here is where my predictive powers fail. I have found myself strangely calm about our slow global unravelling and it took me a while to realise why – the reason is that I have been preparing for impending chaos and the end of life as we know it for at least the past year, since I started to mentally grapple in a serious way with the planet’s ecological crisis, and realised to my horror just how serious it is. This crisis still hasn’t gone away despite the whole virus shenanigans – the fact is that the trajectory we were on was unsustainable, and I was beginning to see that life was anyway going to change dramatically in some way or other, and possibly quite soon. It seems that “soon” is “now”. Some commentators say that COVID-19 is actually a manifestation of ecological chaos, and there is some logic to this – the encroachment of humans into the natural world has brought together species that wouldn’t normally meet, allowing a bat in Wuhan to bring the human race to its knees (possibly with the help of a pangolin). 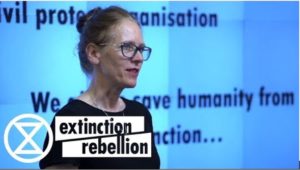 While I have made mental peace with future change, I don’t have an answer about how to deal with either the ecological crisis or the pandemic-induced economic collapse that we’re experiencing. In my past year of climate activism I have slowly begun to accept that we have relatively little control over our fate. The forces of malignant capitalism that have shunted fossil fuels from the ground into the air, siphoned resources from the poor to the rich, stripped the rainforests, extinguished untold numbers of species and parasitised the belief systems of billions of people are all manifestations of viral processes of one sort or another, molecular or digital or neural. Complex systems are prone to viruses – that’s just the way of it. We were being hijacked by fake news and authoritarian persuasion and now we are being hijacked by 30 kb of RNA. For people who find complex systems interesting, what is happening at the moment is gripping. We just have to hope (and I’m an incurable optimist) that the chaotic unpredictability of these systems means that when the fog lifts from the future, we find to our pleasant surprise that it’s still there, and is still promising. Whether that promise is realised is ultimately up to us.

*Seems I dredged some up