Members of the PALS Green Impact Team have made lifestyle changes to help the planet. Today we spoke to Dave Hetherington (PALS IT Manager) who decided to shift to an electric car in 2016. 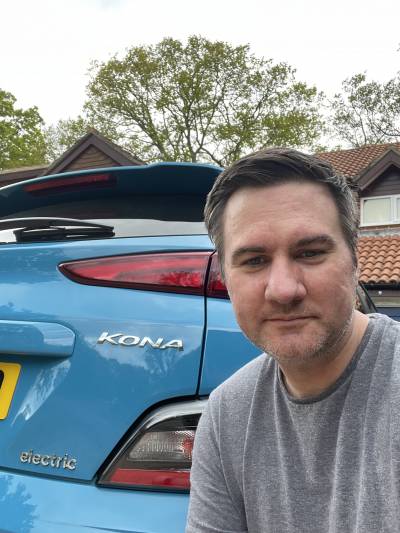 In 2016 I made the leap into all electric driving, before that I was doing a 90-mile round trip into work daily, clocking up 20,000 miles per year in diesel vehicles, which were touted as cleaner than petrol (how times change).

As I was unsure whether it would be possible, Nissan permitted me a 7-day test drive and at the end of that week it was a no brainer, the vehicle easily met my requirements (it was a 2016 30Kwh Nissan Leaf – estimated range 130 miles).

Since then I’ve not looked back, overall, it's been pretty great, guilt free driving and the cost savings compared to driving a petrol/diesel car are very good, I'd estimate that saving to be around £3,000 per year for someone doing 20,000 miles in a year, who couldn't do with that extra in the bank?

Switching to an electric car also meant I no longer needed to pay the London Congestion Charge (just an annual fee of £10 to register for exemption) and no Vehicle Excise Duty as that’s based on vehicle emissions, which are zero.

With the electric vehicles there are a couple of issues to bear in mind though:

And that's it, the rest has been entirely positive, I’m just about to switch to my third electric car, this one has a claimed range of 300 miles and should allow us to undertake our planned road trip to the highlands fully electric.