Victoria Derks was awarded the Robert Audley Prize for 2020 by the BSc Psychology Board of Examiners in acknowledgement of her outstanding exam performance. Here she writes about her time at UCL. 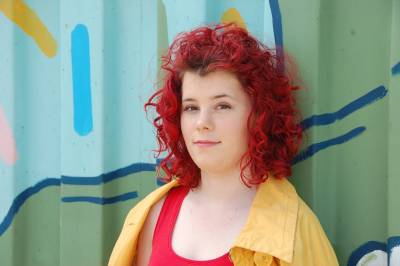 What did you study and in what year?

I was accepted onto the BSc Psychology course in 2017 and graduated this year (2020). I was actually one of the only students from my small secondary school in the Netherlands to study abroad! I barely met my offer conditions – had I scored 0.13 points lower I would not have been accepted. Nonetheless, I received the departmental Spearman Prize for academic achievement last year. This year, I am the proud recipient of the Robert Audley prize. I’ve graduated with the second-highest grade in the cohort. These past years have been quite a journey!

Tell us about your time here at UCL

Honestly, when first arrived in the UK, I had no idea what I was doing. It was just me and nine other students that I shared a corridor with in student halls. I had never done laundry before. I didn’t know how to cook, so I started with the most basic “5 ingredient” meals. I even shared a twin room with a total stranger! Luckily, I found my stride quite quickly, mainly through society events and events put on by the Psychology department. I joined a few student societies, became the president of a society in my second and third year, found a part-time job at the Students’ Union, and got a good group of friends together. All in all, my time at UCL hasn’t been without a hitch. From coronavirus and the strikes, to stress about exams and assignments. Despite all that, I have thoroughly enjoyed my time at UCL and as part of the psychology department! I’ve definitely grown compared to the person I was a few years ago. At least I know how to cook a proper meal now!

What have been your highlights?

This is going to sound corny, but receiving the Spearman Prize and Robert Audley Prize was definitely a big thing for me. In addition, the Knitting Society that I restarted in my first year won a UCL Students’ Union prize. It became the Best New Society, beating the Engineering Society and Climate Action Society!

For a less achievement-focussed answer, some conversations I’ve had with the PALS lecturers stand out. There have been many times where I felt like the lecturers didn’t treat me as “just an undergrad student” but actually talked to me as an equal. I fondly remember some conversations I’ve had with Joe Devlin, my dissertation supervisor, Essi Viding, my seminar leader, and Anne Schlottmann, the 3rd year tutor. Undergraduate students are at the bottom of the academic totem pole and are often treated as knowing nothing. The recognition and faith from most lecturers in the students is something that the department does very well, in my opinion.

Why did you decide to study here at UCL PALS?

That’s an interesting question, especially because I originally applied to Oxford, haha. In hindsight, however, I think Oxford wasn’t a good fit for me. I originally applied to UCL because it was known for being a very good university and London seemed exciting to me. London as a city has infinitely more to offer to young students than Oxbridge – it’s a capital city with a population of about 9 million people so there’s always something going on. In addition, UCL markets itself as a global university. I think there are few universities as culturally diverse in the UK. The people I’ve met during my time here have given me experiences and knowledge that I wouldn’t have had, had I studied in Oxford.

However, to play devil’s advocate: that might all be the cognitive dissonance talking that helps me deal with the Oxford rejection. Who knows?

What's your favourite thing about UCL?

I briefly mentioned the mix of cultures and the excellent lecturers before. Although these are my favourite things, I think the amount of resources UCL has available to its students is also worth mentioning. There are a lot of libraries, almost all open for 24 hrs on most days, with stationary PCs and laptops for loan. In addition, you’re given a free LinkedIn Learning account, access to free films through the CLIE film database, and access to almost every academic journal. There are even free courses in entrepreneurship at UCL’s Base KX which way more people should know about, because they are of incredible quality. I’ve only ever studied at UCL so I can’t compare it to resources of other universities, but the amount of resources was pretty mind-blowing to me. Especially because I came from a secondary school with 600 pupils, a tiny library, and a single computer lab!

What would you say to someone thinking of coming to study UCL?

I don’t want to attempt giving tips on how to get high grades, because everything I say will be affected by survivorship bias. And in addition, I can only really speak for my own department. So, keeping this very general, I’ll say the following about studying an undergrad degree at UCL:

UCL is a top university that does very well in the rankings each year. If you’re looking for a great university to attend, you’re definitely in the right place. In addition, you get access to a ton of cool resources and benefits, because you’re studying at a world-class uni in the capital of the UK.

However, deciding to do an undergrad degree at UCL means you’ll be joining a group of people who all worked incredibly hard to get in. Most students will have their sights set on graduating with a First. They are driven and perfectionistic. If that kind of atmosphere sounds inspiring and motivating, definitely apply. However, if your motivation for studying at UCL is because your parents/teachers want you to, think very carefully about your decision. If you don’t actually want to be at UCL, you’re going to become overwhelmed and unmotivated very quickly. You won’t be able to muster the energy you need to put into the course and that will be incredibly frustrating.

Personally, I came to study at UCL because I couldn’t imagine myself doing a degree at a university in the Netherlands, surrounded by people from the same culture, who were content with going to an average university and getting average grades. Yes, that’s probably a skewed view of my fellow Dutch students, but I wasn’t planning on finding out whether it was true. I did not want to go back to the Netherlands, look my old classmates in the eyes and go “whelp, that whole London thing didn’t work out.” I did not want to have to tell my friends that I flunked an important exam. Call it egotism or an inflated sense of pride, but at the end of the day, a large part of my motivation came from wanting to be at the top in a super competitive environment.

The fact that you’re thinking about going to UCL already shows that you want to get a degree from a top university. My advice is to get a good grasp on why you want to go to a top university specifically, clearly put that in your personal statement, and hold on to that drive throughout your undergrad degree. Because when university gets tough, you’ll need something that prevents you from dropping out and moving back in with your parents! (And believe me, you’ll definitely consider that option!)

Anyways, that’s my view on things, based on the experiences I’ve had and the people I’ve met. And you’re welcome to prove me wrong!

What are your post-PALS plans?

I’m starting my Master’s degree in Artificial Intelligence at Imperial College in a month! I’m very excited to get started, especially since this is a degree that I didn’t think I’d be admitted to. I was rejected from the MSc I originally applied for, even though I was sure I was qualified. After many weeks of introspection, I decided to take a leap of faith and apply to degrees in AI. I had been interested in AI since before my undergrad degree, but I didn’t have much experience. Lots of personal statement drafts and three rejections later, and I had managed to get accepted at Imperial!

Is there anything else you want to add?

I’ve talked about my experiences at UCL and this abstract notion of motivation. I’d very much like to emphasise that this has been my perspective on UCL, the BSc Psychology degree, and London, which may not be representative of the entire population of students.

One thing I haven’t addressed in this piece yet, is how much luck affects your experiences, at UCL and in general. I attribute a lot of my success in this degree to luck: I was lucky to get a great seminar leader, a great dissertation supervisor, a well-organised department. I was lucky to have taught myself some Python programming before taking the Programming for Psychologist module, as the grade in this module played an instrumental part in my high final average. I was even lucky with this pandemic, because it meant a new grading system was introduced that gave me a higher average than I would have had. Finally, I was lucky to be born into a family that has the ability to support me and my studies.

There is no way of determining what life at UCL will be like before you do a degree here. Even then, your experience will be affected by events outside of your control. This piece got a lot heavier at the end than I originally planned, so I’ll leave you with this great advice that someone once told me: luck is preparation meeting opportunity. You can’t make yourself lucky. But you can create and recognise opportunities that will get you where you want to go. For me, that was going to UCL and trying as hard at everything as I could. And boy, am I happy that paid off!

If you read this article and you want to talk, debate, cuss me out, or get advice, I’d be happy to listen! I’m pretty easy to find on LinkedIn, bit harder to find on Facebook, and if you find my twitter I’ll be incredibly impressed.