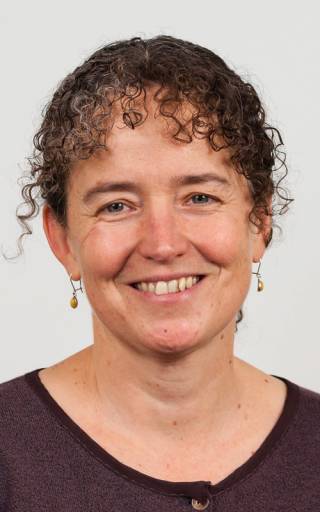 Rachel Griffith is Research Director of the Institute for Fiscal Studies (IFS) and Professor of Economics at the University of Manchester. She is Fellow of the Econometric Society, the British Academy and the Academy of Social Sciences. She is President-Elect of the Royal Economic Society and will be President in 2019-2020. Rachel won the Birgit Grodal award in 2014 and was awarded a CBE in Queen's Birthday Honours 2015 for services to economic policy. She was Managing Editor of the Economic Journal from 2011-2017. Rachel was a Professor of Economics at University College London from 2003-2010, she served as President of the European Economic Association from 2013-2015. She was Chair of the Economics and Economic History Section of the British Academy and was Deputy Chair of the Economics sub-Panel of the Research Excellence Framework. She was seconded to the Competition Commission as Senior Economist in 2001-2002.

Rachel's research has been published widely in the top international journals, and broadly considers issues related to the impacts of government policy on consumers, firms and the functioning of markets. She currently holds her second ERC Advanced Grant to study the behaviour of consumers and firms and the impact of government policy in food markets, and is a Co-Investigator on the Obesity Policy Research Unit, fund by the National Institute for Health Research. She has also published widely on innovation, productivity and corporate tax, and she is one of the Principle Investigators on the ESRC Centre for the Microeconomic Analysis of Public Policy at the Institute for Fiscal Studies.