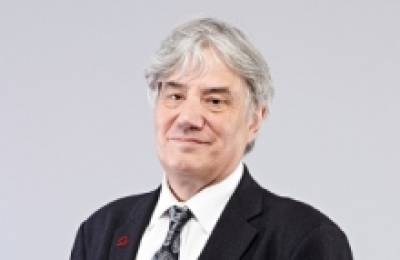 Andrew Steptoe is Professor of Psychology and Head of the Research Department of Behavioural Science and Health, part of the Institute of Epidemiology and Health Care in the Faculty of Population Health Sciences. He graduated from Cambridge in 1972, and completed his doctorate at Oxford University in 1975. He moved to St. George’s Hospital Medical School in 1977, becoming professor and chair of the Department in 1988, where he remained until his appointment in 2000 to UCL as British Heart Foundation Professor of Psychology, a position he held until 2016. He became Deputy Head of the Department of Epidemiology and Public Health at UCL in 2005 and subsequently Head of Department before being serving as Director of the Institute of Epidemiology and Health Care between 2011 and 2017. He is a Past-President of the International Society of Behavioral Medicine and is a fellow of the Academy of Medical Sciences, the British Psychological Society, Academia Europaea, and the Academy of Social Sciences.

He was founding editor of the British Journal of Health Psychology, an associate editor of five international journals , and is on the editorial boards of seven other journals. Andrew directs the Psychobiology Group and the English Longitudinal Study of Ageing research group at UCL. He has published more than 550 peer-reviewed articles and is author or editor of 19 books, including the Handbook of Behavioral Medicine (2010) and the Routledge International Handbook of Psychosocial Epidemiology (2018). His research interests are in health behaviours, obesity, stress and health, ageing, and behaviour change.