How air pollution can cause lung cancer in non-smokers revealed

A new study led by researchers at UCL and the Francis Crick Institute has demonstrated for the first time how air pollution can cause lung cancer in people who have never smoked. 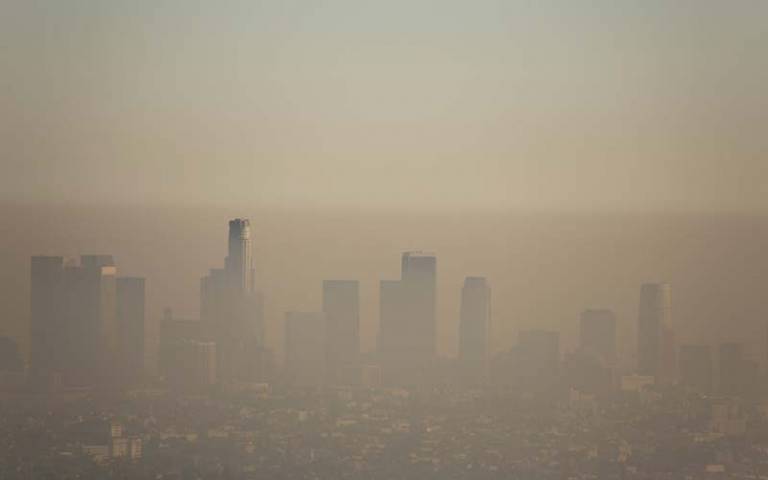 The research found that exposure to tiny pollutant particles that are 3% of the width of a human hair, called PM2.5, promotes the growth of cells carrying cancer-causing mutations in the lungs.

Examining data from over 400,000 people, the scientists also found higher rates of other types of cancer in areas with high levels of PM2.5. They speculate that air pollution could promote the growth of cells carrying cancer-causing mutations elsewhere in the body.

The research was presented by Professor Charles Swanton (UCL Cancer Institute and the Francis Crick Institute) at the ESMO Congress on 10 September. The research is part of the TRACERx Lung Study, a £14 million programme funded by Cancer Research UK to understand how lung cancer starts and evolves over time, in the hope of finding new treatments for the disease.

An estimated 6,000 people who have never smoked die of lung cancer every year in the UK, some of which may be due to air pollution exposure. Globally, around 300,000 lung cancer deaths in 2019 were attributed to exposure to PM2.5.

Professor Charles Swanton said: “Our study has fundamentally changed how we view lung cancer in people who have never smoked.

“Cells with cancer-causing mutations accumulate naturally as we age, but they are normally inactive. We’ve demonstrated that air pollution wakes these cells up in the lungs, encouraging them to grow and potentially form tumours.

“The mechanism we’ve identified could ultimately help us to find better ways to prevent and treat lung cancer in never smokers. If we can stop cells from growing in response to air pollution, we can reduce the risk of lung cancer.”

Air pollution has been linked to a variety of health problems, including asthma, chronic obstructive pulmonary disease (COPD), heart disease and dementia. But how it causes cancer to start in people who have never smoked has been a mystery up to now.

Many environmental agents, such as UV light and tobacco smoke, cause damage to the structure of DNA, creating mutations which cause cancer to start and grow. But no evidence could be found that air pollution directly mutates DNA, so scientists looked for a different explanation.

They examined data taken from over 400,000 people from the UK and Asian countries, comparing rates of EGFR mutant lung cancer in areas with different levels of PM2.5 pollution. They found higher rates of EGFR mutant lung cancer, as well as higher rates of other types of cancer, in people living in areas with higher levels of PM2.5 pollution.

Co-first author Dr Emilia Lim (UCL Cancer Institute and Francis Crick Institute) said: “According to our analysis, increasing air pollution levels increases the risk of lung cancer, mesothelioma and cancers of the mouth and throat. This finding suggests a broader role for cancers caused by inflammation triggered by a carcinogen like air pollution.

“Even small changes in air pollution levels can affect human health. 99% of the world’s population lives in areas which exceed annual WHO limits for PM2.5, underlining the public health challenges posed by air pollution across the globe.”

The team then exposed mice with cells carrying EGFR mutations in their lungs to air pollution at levels normally found in cities. They found cancers were more likely to start from cells carrying EGFR mutations, compared with those mice not exposed to air pollution. The researchers showed that blocking a molecule called IL-1β, which normally causes inflammation and is released in response to PM2.5 exposure, prevents cancers from forming in these mice.

Dr Kevin Litchfield, Group Leader at the UCL Cancer Institute, said:  "This is an extensive study based on more than 400,000 individuals, with PM2.5 air pollution levels measured and subsequent cancer diagnoses tracked over a 10 year time period. It demonstrates a clear link between air pollution and increased risk of multiple tumour types, including lung cancer.

“Our work highlights the importance of air pollution control measures and importantly for future efforts to prevent disease, it sheds light on the biology of how air pollution increases cancer risk."

The research team think that the model presented in their study could be responsible for the early stages of many different types of cancer, where environmental triggers awaken cells carrying cancer-causing mutations in different parts of the body.

The abstract, titled “Non-Small-Cell Lung Cancer Promotion by Air Pollutants”, was presented at the ESMO Congress during Presidential Session 1 from 3.30pm-5pm (BST) on Saturday 10 September.