Dementia rates over 20% higher among black adults than UK average

Dementia rates are 22% higher among black people in the UK compared to white people, while black and South Asian dementia patients die younger, and sooner after diagnosis, finds a new study led by UCL researchers. 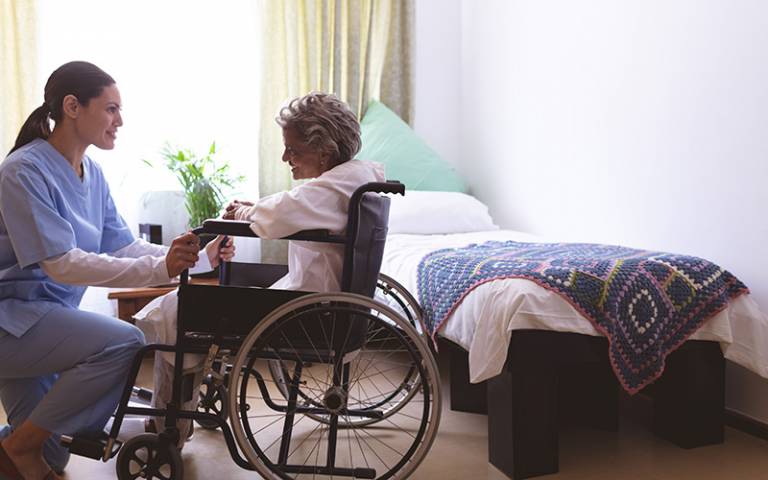 The authors of the study, published in Alzheimer’s & Dementia, say their findings demonstrate a need for more targeted interventions to reduce dementia risks and improve treatment outcomes in ethnic minority communities.

The research team studied primary care and hospital health records in the UK from 1997 to 2018, incorporating data from 662,882 people aged over 65.

They found the overall prevalence of dementia among people over 65 in the UK to be 11.8%. In comparisons between ethnic groups, they found that after controlling for factors such as age, sex and socioeconomic status, black people had a 22% higher incidence of dementia recorded than white people, while recorded incidence in the South Asian population was 17% below the average.

The researchers also confirmed results from previous studies finding a younger average age at dementia diagnosis for South Asian and black people, relative to white people in the UK.

While this study did not review the reasons for differences in dementia incidence between groups, the researchers point to prior evidence that black people may be more likely to develop dementia due to higher prevalence of dementia risk factors such as hypertension, diabetes, and obesity.

In publishing the observational study, the researchers say the significantly higher prevalence of dementia in these groups likely points to an under-capture of minority ethnic diagnoses of dementia, as black or South Asian people with more mild cases might not be receiving treatment, which aligns with their previous work finding that black people with dementia are less likely to receive a timely diagnosis.*

Lead author Dr Naaheed Mukadam (UCL Psychiatry) said: “As the UK population ages, the number of people living with dementia is expected to increase from just below one million now to over two million by the middle of the century, so it’s vital that we ensure that everyone at risk of dementia has access to the best care possible.

“A targeted campaign could inform health professionals about the disparities, helping them to better inform their patients about the risks of dementia, and could ensure that healthcare providers are culturally sensitive and able to reach all members of their local community that need support.

The findings add to previous research into disparities in dementia care by some of the same authors, finding that Asian dementia patients are less likely to receive anti-dementia drugs, and take them for shorter periods, while black dementia patients are given antipsychotic drugs, which are mainly used to treat dementia-related distress, for longer than average which is concerning due to the risk of serious side effects.**

The researchers say that people in ethnic minority communities may be less likely to seek treatment for memory problems, perhaps due to stigma around dementia, or other barriers to accessing timely and effective care.

The researchers are now working on developing and testing a programme to reduce dementia risk in minority ethnic communities, working in consultation with different groups in those communities, and call for more targeted efforts to improve the health of all groups in the UK.