Opinion: COP27 flinched on phasing out ‘all fossil fuels’. What’s next?

After nations failed to agree at COP27 to reduce overall fossil fuel use, Dr Fergus Green (UCL Political Science) explains why such an agreement remains elusive, and what can still be done to reduce the extraction and burning of coal, oil and gas. 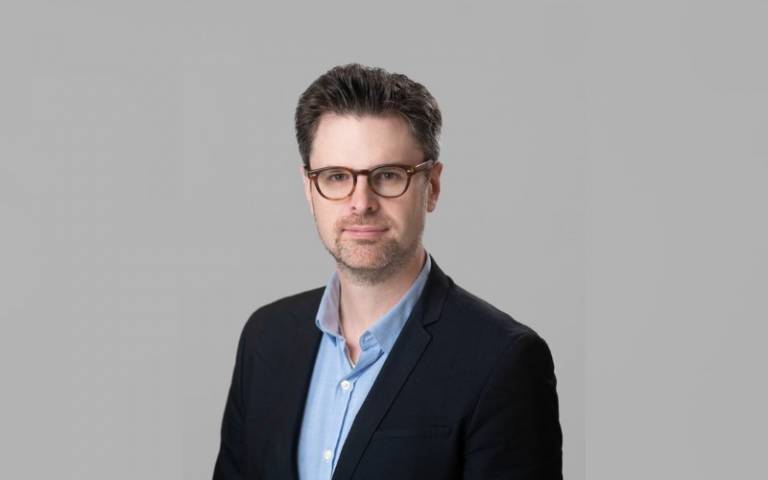 The latest UN climate change summit (COP27) concluded, once again, with a tussle over the place of fossil fuels in the global economy.

An agreement by the world’s governments to phase out all fossil fuels would have been a welcome progression from last year’ Glasgow climate pact. It called on countries to “[accelerate] efforts towards the phasedown of unabated coal power and phase-out of inefficient fossil fuel subsidies”, making it the first UN treaty to acknowledge the need to do something about the main source of greenhouse gas emissions.

But at COP27, widespread anxieties about the cost and availability of energy made many governments cautious about expressing a clear intention to phase out all fossil fuels in the resulting agreement. The COP27 text reiterated the COP26 decision but failed to broaden it to encompass oil and gas, despite a proposal by India to that end (a move that would have helped take the emphasis off coal, of which it is a major consumer).

Still, growing support for such an extension is evident. More than 80 countries (including the EU and US) supported India’s proposal. Many nations are building international agreements outside of the UN negotiation process. After the failure of COP27, the question is what should happen next in the fight against continued fossil fuel use.

There is no doubt that, to preserve a liveable climate, the extraction and burning of coal, oil and gas must be rapidly reduced and, depending on how optimistic you are about carbon capture technologies, phased out altogether.

Despite large planned increases in fossil fuel production, recent research (released just before COP27) found, for the first time, that global demand for each of the fossil fuels will peak or plateau in all scenarios within 15 years. This is partly due to attempts to reduce energy use and increase renewables in the wake of the gas shortage created by sanctions against Russia for its invasion of Ukraine.

As the dangers of extracting and burning fossil fuels have become increasingly apparent, many experts, campaigners, international organisations and, increasingly, governments have contested the moral legitimacy of these activities. In a recent journal article, we argued that the Glasgow agreement represented a breakthrough (albeit a modest one) in the emergence of international anti-fossil fuel norms.

An international norm is a morally appropriate standard of behaviour among states (for example, prevailing norms prohibit foreign aggression, piracy, or the testing and use of nuclear weapons). International conferences such as COP27 catalyse emerging norms by specifying them in formal declarations.

COP decisions are not binding and the language on fossil fuels at COP26 was watered down during negotiations. But the Glasgow text reflected a growing sense among governments that certain a

The lack of progress on fossil fuels reflects the upheavals in the energy sector as well as the constraints of the climate negotiations themselves, which operate by consensus. This often produces decisions that reflect the lowest common denominator among nearly 200 countries with diverse energy profiles and interests, and COP27 was no exception.

Large oil and gas producers are profiting handsomely from current market prices and have lobbied governments to permit them to explore and drill for yet more oil and gas. At COP27, there were more oil and gas industry lobbyists than the combined number of delegates from the ten countries most affected by climate change. Little wonder COP27 did not yield consensus on phasing down all fossil fuels.

Other international initiatives are not bound by such procedural constraints, and there was more progress on the sidelines of COP27. The Beyond Oil & Gas Alliance (Boga), an initiative launched around the time of COP26 by Denmark and Costa Rica that aims to phase out oil and gas production, attracted new members Chile, Fiji and the US state of Washington, with Portugal upgraded to “core member” status.

Emulating a deal between South Africa and several wealthy countries from a year earlier, a new just energy transition partnership was launched between Indonesia and Japan, Canada, the US, Denmark and others, to help Indonesia transition from coal to renewables.

In the coming years, there will be growing civil society and diplomatic pressure for a phase-out of all fossil fuels in a COP decision. But independent initiatives among states, like Boga, must be nurtured in parallel, and the high-level pledges made in these initiatives must be implemented.

For instance, a group of nations pledged at COP26 to end public finance for fossil fuels by the end of 2022. While some countries are on track to meet this goal, others are not following through.

Countries should also develop an international agreement to restrict and phase out fossil fuels. Building on a global campaign for such an agreement, the small island nations of Tuvalu and Vanuatu have called for a fossil fuel non-proliferation treaty. We suggest two ways to advance these efforts which draw on our recent research.

ctivities relating to fossil fuels (like generating electricity from coal without capturing the CO₂ and policies which make fossil fuels cheaper to extract and consume) are becoming illegitimate.

First, Tuvalu and Vanuatu could encourage their Pacific Island counterparts to create a regional fossil free zone treaty that prohibits the extraction and transportation of fossil fuels throughout the territories and territorial waters of members.

Second, more must be done to name and shame governments, especially rich ones, who are expanding how much fossil fuel they extract and burn. This effort demands greater transparency around government activities. A new global registry of fossil fuels is helping to catalogue this information. But governments should also disclose all fossil fuel infrastructure that is being planned or considered on their territory, or with their support.

The COP27 outcome is a timely reminder that curbing the growth in fossil fuels will not come about through consensus-oriented negotiations among governments that include those corrupted by the fossil fuel industry. It will require social movements pressuring leaders to legislate a managed phase out of fossil fuels, while ensuring a just transition for affected workers and communities. And it will require pioneering governments to work together internationally to forge new alliances that accelerate this goal.

This article first appeared in The Conversation on 21 November 2022.