Offering a booster dose or changing the vaccination schedule available to infants in sub-Saharan Africa could greatly reduce the risk of them contracting potentially fatal diseases such as pneumonia, sepsis and meningitis, a UCL-led study has found. 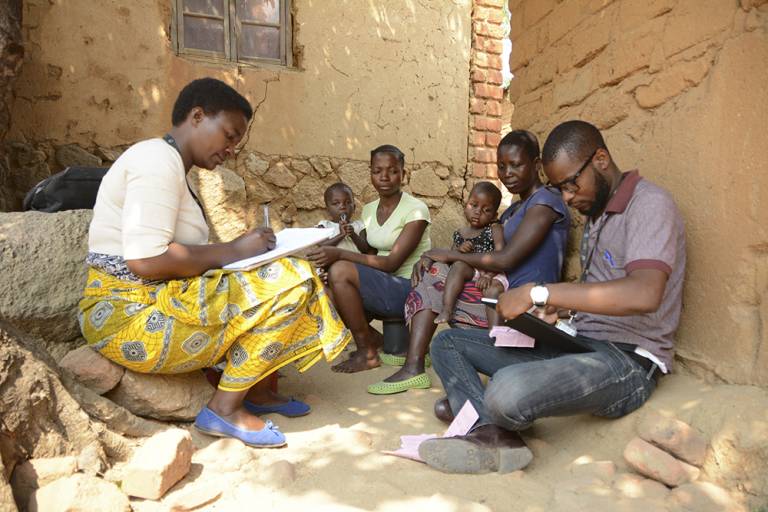 Research led by UCL in partnership with the University of Liverpool (UoL), the Malawi Ministry of Health, and the Malawi Liverpool Wellcome Programme (MLW), has shown that the current pneumococcal conjugate vaccine (PCV) schedule in Malawi – as offered in many other low- and middle-income countries (LMICs) - does not provide sustained immunity for children against the pneumococcus bacteria after their first year of life.

The team’s findings, published in The Lancet Infectious Diseases (Lancet ID), highlight the need to review pneumococcal vaccine strategies in countries throughout the world, to sustain vaccine-induced antibody levels and control the spread of disease.

The World Health Organization (WHO) estimates that more than 300,000 children aged under five die of pneumococcal disease every year, with the greatest burden among those in LMICs.

They are part of routine infant immunisation programmes across the world, offered to children under two years old and currently available as either 10-valent (PCV10) or 13-valent (PCV13) vaccines.

Malawi introduced PCV13 in 2011 using a three primary dose vaccine schedule, known as 3+0. One dose is given at six, ten, and 14 weeks of age, with no booster given.

First author Dr Todd Swarthout (UCL Division of Infection & Immunity) said: “It is a pattern we see in other countries in Africa: vaccine coverage is high, but we see that PCV13 is less effective in reducing the occurrence of pneumococcal infection and therefore diseases through herd immunity compared to high-income country settings.”

The team carried out the study as part of MLW’s ongoing disease surveillance in Blantyre, one of the two largest cities in Malawi, and was implemented under the guidance of Professor Robert Heyderman and Dr Todd Swarthout (UCL Division of Infection & Immunity), Professor Neil French (University of Liverpool Institute of Infection, Veterinary and Ecological Sciences) and MLW’s Research Strategy Group.

The academics wanted to understand why, despite high PCV13 vaccine uptake up to nine years after implementation, there was less impact in reducing pneumococcal carriage and therefore disease in Malawi and other LMICs, compared to what has been observed in most high-income country settings.

In the latter, PCV vaccine schedules most often include a booster dose, incorporating two or even three primary doses and a booster late in the first year or early in the second year of life.

For the paper, the team used sample data from an existing public health study that had been conducted in Ndirande, a large urban township of Blantyre city, between 2016-2018, modelling the datasets to gauge individual and population-level antibody immunity generated by the pneumococcal vaccine. The team evaluated 638 blood samples for the presence of antibodies against the pneumococcal bacteria, present either due to vaccination or past infection.

Results showed that despite vaccine uptake of more than 90%, the 3+0 schedule has not led to sustained population-level antibody immunity beyond the first year of life.

In light of the findings, the researchers argue policymakers should consider alternative vaccine strategies, including schedule changes and a booster dose at one or two years old, to curb carriage and therefore the spread of disease.

Professor Robert Heyderman (UCL Division of Infection & Immunity) said: “After the first year of life, we saw post-vaccine antibody concentrations drop below the levels reportedly needed to adequately protect against carriage and severe pneumococcal disease. This potentially contributes to persistent carriage, transmission and invasive pneumococcal disease in Malawi and other similar settings.”

The UCL/UoL team, leveraging MLW’s ongoing collaboration with the Malawi Ministry of Health, is now evaluating the impact of a PCV13 booster dose at nine months of age (one dose at six weeks, another at 14 weeks and a booster at nine months of age; known as a 2+1 schedule) to reduce pneumococcus colonisation and disease.

This will include an immunological component, evaluating whether the booster dose increases the duration of protective antibody concentrations compared to the 3+0 schedule.

The research was funded by the Bill & Melinda Gates Foundation, Wellcome UK, and National Institute for Health and Care Research.