Nearly nine out of 10 (86%) people in the UK want self-driving vehicles to be labelled so they can be clearly distinguished from human-driven vehicles, according to a major new survey led by UCL researchers. 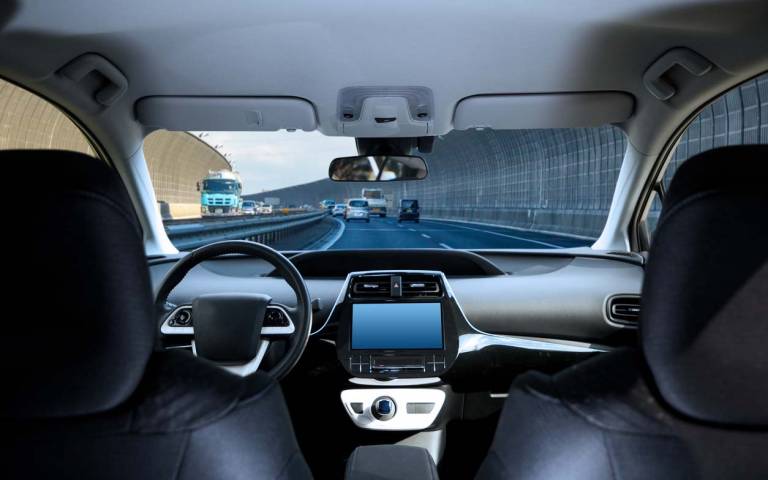 The research team surveyed 4,860 members of the British public in late 2021 about their attitudes to self-driving vehicles. The questions were created following interviews with 50 experts involved in developing the technology.

The researchers found that, while experts tended to downplay concerns about self-driving vehicles, members of the public were more sceptical. This scepticism, the researchers said, would not be resolved with better public understanding of the technology, but reflected real uncertainties that developers needed to address.

Most survey respondents were uncomfortable with the idea of using self-driving vehicles (58%) or sharing the road with them (55%) – a trend that has remained consistent over five years of public surveys.

Professor Jack Stilgoe (UCL Science & Technology Studies), who led the project, said: “Self-driving vehicles are often hyped as heralding a new transport revolution, but if they are to become a useful technology, the world will need to adapt to support their use, with new rules of the road and new infrastructure. There will also be new risks.

“These changes need to be discussed widely, not just by policymakers and the people developing the technology.

“Some technology developers are worried that, if self-driving vehicles are labelled, drivers, pedestrians and cyclists will be confused or even take advantage of them on the road. Our research suggests that people are sceptical that self-driving vehicles will behave just like human driven vehicles. They want to know when they are dealing with a new object on the road.”

The researchers said the findings of their survey pointed to a number of recommendations for policy makers:

The survey also suggested public scepticism of the idea that everyone would benefit, the researchers said, with 73% of respondents agreeing that self-driving vehicle developers would benefit most from the new technology. Only 13% agreed that poor people would benefit more from the technology than rich people.

An overwhelming majority of respondents said self-driving vehicles should be programmed to drive cautiously and to follow the rules of the road (whereas 42% agreed that human drivers sometimes needed to break the rules).

Some survey responses suggested support for infrastructure change to accommodate self-driving vehicles. A sizeable proportion (49%) agreed that “We should standardise the driving environment internationally, to make it easier for SDVs to work everywhere” (17% disagreeing), while 46% agreed that “Zebra crossings should be converted to traffic light crossings to make it easier for SDVs” (29% disagreeing).

However, other responses suggested a resistance to changes to the driving environment. Seventy per cent of respondents agreed that self-driving vehicles “will need to ‘understand’ the intentions of people at the side of the road when negotiating zebra crossings”, while 51% agreed that pedestrians will “want to communicate with the self-driving vehicle just as they do with human drivers”.

The survey was part of a three-year project, entitled “Driverless Futures?”, which involved researchers from UCL, UWE Bristol and City, University of London and was funded by the UK Economic and Social Research Council.