UCL professor elected to the American Academy of Arts and Sciences

​​​​​​​Professor Wendy Carlin (UCL Economics) has been elected to the American Academy of Arts and Sciences (AAAS), recognising her unique lifetime contribution to the discipline of economics. 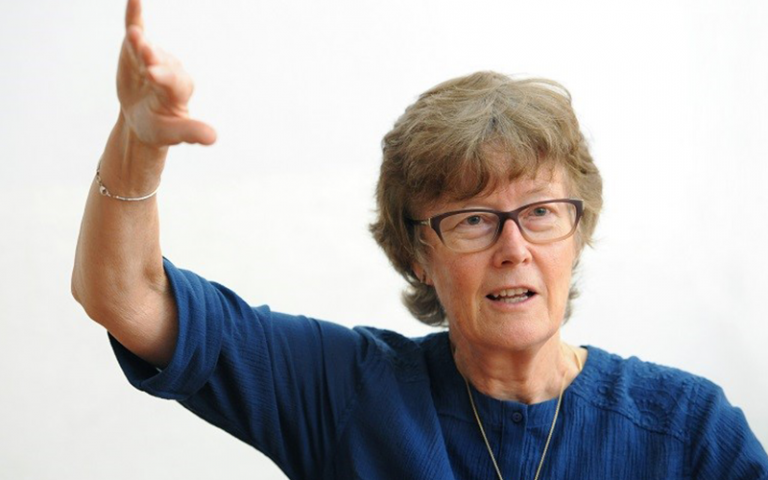 Professor Carlin has been elected alongside 260 new artists, scholars, scientists, and leaders in the public, non-profit, and private sectors, continuing the Academy’s tradition of recognizing accomplishments and leadership in academia, the arts, industry, public policy, and research.

Founded in 1780, the AAAS is both an honorary society that recognizes and celebrates the excellence of its members and an independent research centre convening leaders from across disciplines, professions, and perspectives to address significant challenges.

Speaking about her new appointment, Professor Carlin said: “I am really thrilled to be elected to the Academy. I see it as recognition that economics research and education can be mobilized to affect how people understand the world and their contribution to making it work better.”

Professor Sasha Roseneil (Dean of UCL Faculty of Social & Historical Sciences) said: “A macroeconomist whose research on institutions, economic performance and transitions has been hugely influential, Professor Carlin has also led the global transformation of undergraduate education in economics through the open access CORE project. As Dean of the Faculty of Social and Historical Sciences, I am delighted that Wendy's work has received this accolade.”

As well as her role as Professor of Economics at UCL, Professor Carlin is also a Research Fellow of the Centre for Economic Policy Research, and external professor at the Santa Fe Institute. She leads the CORE project which aims to reform the undergraduate economics curriculum.

In 2015, she was awarded a CBE for services to economics and public finance.

Professor Carlin has been elected to the Academy this year alongside a range of eminent figures in their fields - including Actor Glenn Close - and joins a distinguished group of individuals previously elected to the AAAS, including Benjamin Franklin, Charles Darwin, Albert Einstein, Margaret Mead, Milton Friedman, Martin Luther King, Jr. and Stephen Hawking – and more recently, Condoleezza Rice, Jennifer Doudna and John Legend.