Opinion: Biden’s State of the Union speech is probably being rewritten last-minute

With Biden’s approval ratings hovering at historically low levels, the State of the Union offers an opportunity for the White House to reboot — but war in Ukraine means he has to thread that needle carefully, say Dr Thomas Gift and Dr Julie Norman (UCL Centre on US Politics). 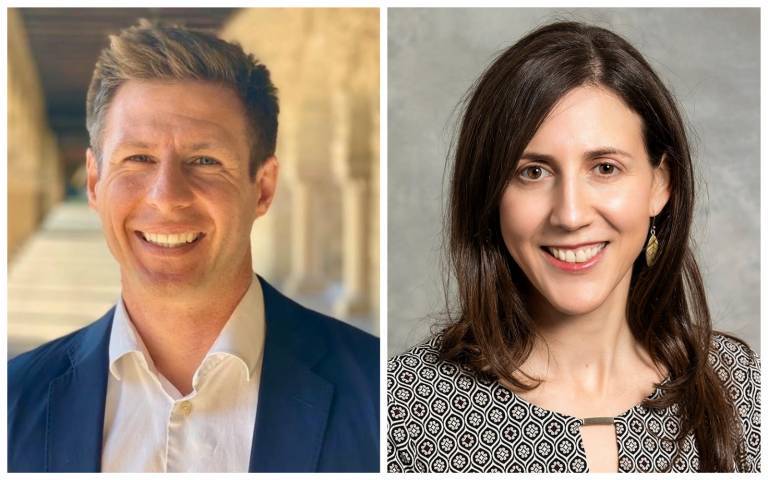 With the most significant ground war breaking out in Europe since the Second World War last week, Joe Biden’s speechwriting staff has doubtlessly spent the last several days rewriting the president’s State of the Union address. Amid the Russia-Ukraine conflict, some White House advisers have reportedly even advised the president to reframe his entire speech around themes of democracy versus authoritarianism.

Yet despite the prominent role that foreign policy will play in Biden’s primetime address, the president still needs to speak to voter concerns at home. And when he does, here’s the operative question: Which Joe Biden will we hear from? The pragmatic uniter or the progressive firebrand? The statesman who, at his inauguration, pledged unity and humility? Or the flamethrower who recently declared that you’re either with his White House or you’re with former Confederate leader Jefferson Davis?

More than a year into his presidency, Biden has tried desperately to straddle these two personas in his domestic policy agenda – but the approach isn’t working. No leader can be both a moderate stabilizer and a partisan trailblazer at the same time. Tonight’s speech offers Biden a chance to clarify his governing philosophy and to redeem his languishing reputation. So will the real Joe Biden stand up?

Much ink has been spilled about Biden campaigning as a Healer-in-Chief, but trying to govern as FDR reincarnate. Biden is a pragmatist by nature and training, with a 30-plus-year career shaped by hammering out compromises on Capitol Hill. Yet his tenure in the Oval Office has been characterized by a frequently ambitious (if often unsuccessful) legislative agenda, and increasingly hyperbolic (and inflammatory) rhetoric. What changed?

Most obviously, Biden was crowned the figurehead of a modern Democratic party riven by outsized and bitter fractures. Democrats’ (unexpected) 2021 Georgia run-off wins, initially relished by the White House for giving liberals a razor-thin majority in the Senate, proved a particularly double-edged sword: They emboldened progressives and raised (unrealistic) expectations for a party with no clear popular mandate.

Biden never aimed to be a Trojan horse for the left. But the pressure to capitalize on controlling both houses of Congress complicated the bipartisanship that he promised. The result: He has attempted to appease both the progressive and moderate wings of his party – but clumsily and to a fault.

Out of the gates, Biden-the-Transformer proposed a mind-boggling $6 trillion in federal outlays. His greatest early success was the passage of the $1.9 trillion Covid relief package, which predictably devoured most of his political capital. The bill put $1,400 into the hands of eligible taxpayers, and – coupled with a successful initial rollout of the Covid vaccine – unduly inflated the new president’s confidence.

Efforts to prioritize electoral reforms – punctuated by immoderate comparisons to Jim Crow laws and suggestions that the 2022 midterms results might not be “legit” due to voter disenfranchisement – also alienated Republicans and undermined Biden’s symbol as a uniter. Ironically, Biden’s maneuvers even turned off many liberals, who felt that his gambit to protect poor and minority voters was too little, too late.

At the same time, Biden-the-Pragmatist has still been visible, albeit less so. Most prominently, he signed the bipartisan infrastructure bill. Yet even here, Biden’s courting of the Progressive Caucus, which willingly held the legislation hostage for months in the House, almost killed his signature deal. Eventually, the bill was salvaged, but only by moderate Republicans, who (perhaps surprisingly) ceded him a win.

Biden has also steered a moderate path on other domestic policy issues. For example, Congress is currently debating the bipartisan Innovation and Competitiveness bill, which includes provisions on semiconductor production, trade policy, supply chains, and research and investment to better compete with China. Further, senators from both parties have expressed willingness to revise the Electoral Count Act of 1887 to close loopholes that Trump tried to exploit in 2020.

With Biden’s approval ratings hovering at historically depressed levels, the State of the Union offers an opportunity for the White House to reboot, and, crucially, to offer a cogent definition of “Bidenism.” This is necessary now more than ever as crises abroad — particularly a nuclear saber-rattling Russia — complicate the president’s challenges at home.

While Biden and western allies have rightly responded to Vladimir Putin’s aggression with unprecedented sanctions, those measures will impact the global and US economies, further spiking costs of energy and food at a time of already decades-high inflation. Biden’s priority throughout the Ukraine crisis has been keeping allies informed and united — he now needs to bring that same resolve to the American people.

To succeed, the White House needs more than a cosmetic rebrand of its agenda. Even as the president stares down new challenges in Europe, he needs a coherent agenda at home – one that’s not reflexively moderate or progressive, but that’s rooted in a vision for America that’s consistent with what Biden believes, that’s feasible, and that he can sell to a country that’s aching for genuine leadership.

Biden’s political acculturation on Capitol Hill, and aspirations for the Oval Office, made him relentlessly attuned to appeasing all sides of his party. But he’s the president now; it’s time for the real Joe Biden to stand up.