Medicines can be printed in seven seconds in a new 3D-printing technique that could enable rapid on-site production of medicines, reports a UCL-led research team. 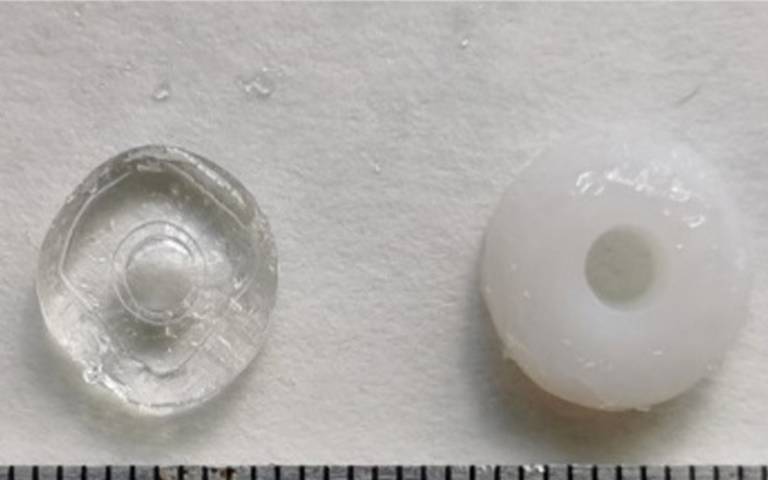 The findings published in the journal, Additive Manufacturing, improve the prospects of how 3D printers could be integrated into fast-paced clinical settings for on-demand production of personalised medicines.

For the current study, the researchers loaded printlets (printed tables) with paracetamol, which is one of many medicines that can be produced with a 3D printer.

One of the leading techniques for 3D printing is vat photopolymerisation, which affords the highest resolution for complexity at microscales, and also suits many medications as it does not require high heat. For printing medicines, the technique uses a resin formulation, constituting the required drug dissolved in a solution of a photoreactive chemical, activated by light to solidify the resin into a printed tablet.

But vat polymerisation has been hampered by slow printing speeds, due to its layer-by-layer approach.

Here, scientists have developed a new vat polymerisation technique that prints the entire object all at once, reducing the printing speed from multiple minutes to just seven to 17 seconds (depending on the resin composition selected). This works by shining multiple images of the object viewed at different angles, onto the resin. The amount of light shone gradually accumulates, until it reaches a point at which polymerisation occurs. By adjusting the intensity of light at different angles and overlaps, all points of the 3D object in the resin can reach this threshold at the same time, causing the entire 3D object to solidify simultaneously.

The currently study is led by Professor Abdul Basit (UCL School of Pharmacy), and also involved researchers at Universidade de Santiago de Compostela as well as FabRx, a UCL spin-out co-founded by three members of the UCL research team.

The Basit lab has previously developed 3D-printed polypills to help people who need to take multiple medications each day, as well as pills with braille patterns to help the visually impaired.

Co-lead author Dr Alvaro Goyanes (UCL School of Pharmacy, FabRx and Universidade de Santiago de Compostela) said: “Personalised 3D-printed medicines are evolving at a rapid pace and reaching the clinic. To match the fast-paced clinical environment, we have developed a 3D printer that produces tablets within seconds. This technology could be a game changer for the pharmaceutical industry.”