The European Space Agency’s Gaia mission involving UCL researchers has released a new treasure trove of data about our home galaxy, including the largest chemical map ever produced and the full 3D motions of 35 million stars. 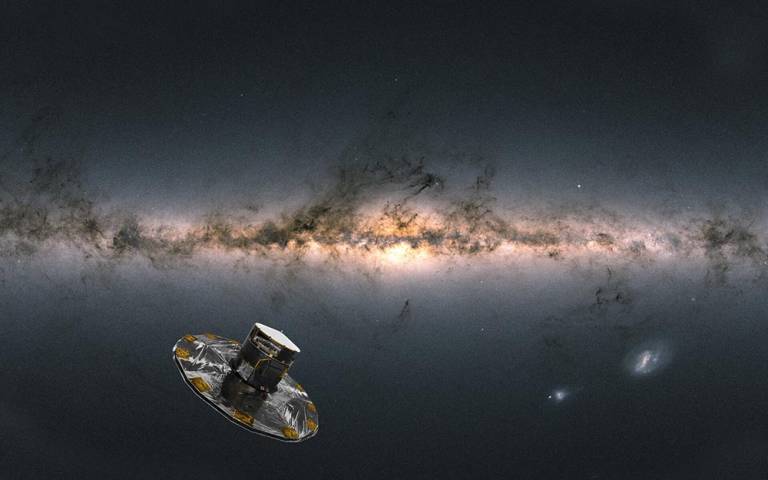 Gaia is ESA’s mission to create the most accurate and complete multi-dimensional map of the Milky Way. This allows astronomers to reconstruct our home galaxy’s structure and past evolution over billions of years, and to better understand the lifecycle of stars and our place in the Universe.

For the first time, the latest release of Gaia data, Data Release 3, contains the chemistry of stars, measured from high-resolution spectroscopy, a technique in which the starlight is split into its constituent colours (like a rainbow).

Professor Mark Cropper (UCL Mullard Space Science Laboratory), who played a critical role in the development of the Gaia's Radial Velocity Spectrometer (RVS), said: “This is by far the largest catalogue of radial velocities, reaching out to the centre of the Milky Way, and out into its halo.

“For the first time this covers enough of the Milky Way to unveil its history of formation and to understand the behaviour of its spiral arms and central bar. A next step will be to compare these 3D motions and positions to advanced computer simulations.” 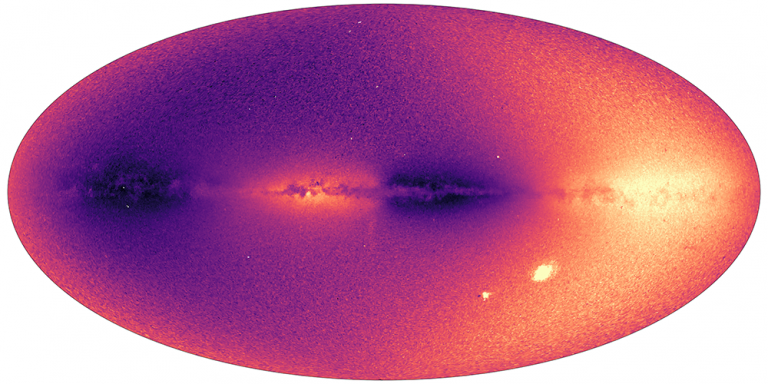 The DNA of stars
Dr George Seabroke (UCL Mullard Space Science Laboratory) said: “Gaia’s chemical mapping is analogous to sequencing the DNA of the human genome. The more stars we know the chemistry for, the better we can understand our galaxy as a whole. Gaia’s chemical catalogue of six million stars is ten times larger than previous ground-based catalogues, so this is really revolutionary. Gaia’s data releases are telling us where stars were located and how they are moving. Now we also know what a lot of these stars are made of.” 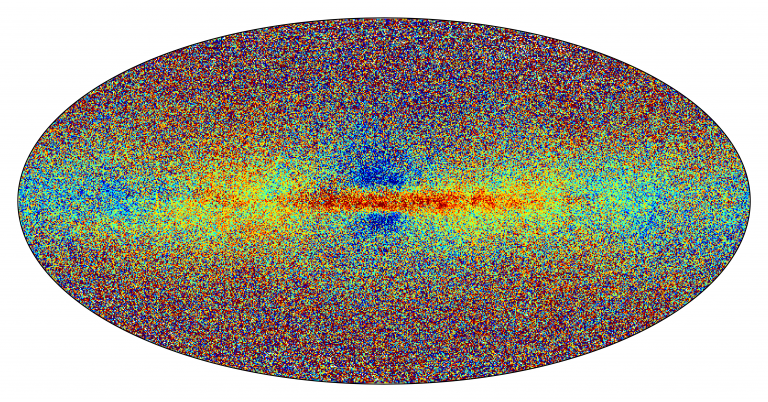 Some stars contain more ‘heavy metals’ than others. During the Big Bang, only light elements were formed (hydrogen and helium). All other heavier elements – called metals by astronomers – are built inside stars. When stars die, they release these metals into the gas and dust between the stars called the interstellar medium, out of which new stars form. Active star formation and death will lead to an environment that is richer in metals. Therefore, a star’s chemical composition is somewhat like its DNA, giving us crucial information about its origin.

With Gaia, we see that some stars in our galaxy are made of primordial material, while others like our Sun are made of matter enriched by previous generations of stars. Stars that are closer to the centre and plane of our galaxy are richer in metals than stars at larger distances. Gaia also identified stars that originally came from different galaxies than our own, based on their chemical composition.

Starquakes, binary stars, asteroids, quasars, and more
The data also includes special subsets of stars, like those that change brightness over time. As well as chemical compositions and radial velocities, the catalogue includes new information about stellar temperatures, colours, masses and ages.

One of the most surprising discoveries coming out of the new data is that Gaia is able to detect starquakes – tiny motions on the surface of a star – that change the shapes of stars, something the observatory was not originally built for.

Previously, Gaia already found radial oscillations that cause stars to swell and shrink periodically, while keeping their spherical shape. But Gaia has now also spotted other vibrations that are more like large-scale tsunamis. These nonradial oscillations change the global shape of a star and are therefore harder to detect.

Other papers that are published today reflect the breadth and depth of Gaia's discovery potential. A new binary star catalogue presents the mass and evolution of more than 800 thousand binary systems, while a new asteroid survey comprising 156,000 rocky bodies is digging deeper into the origin of our Solar System. Gaia is also revealing information about 10 million variable stars, mysterious macro-molecules between stars, as well as quasars and galaxies beyond our own cosmic neighbourhood.

UCL Mullard Space Science Laboratory has contributed significantly to Gaia for 21 years by developing Gaia spectrometer concepts, testing and calibrating each of the 106 electronic detectors used to capture all of Gaia’s data, and by taking a major role in the spectroscopic data processing – MSSL is responsible for developing the software that calibrated the RVS instrument that allows the RVS spectra to be extracted, calibrated and combined into an average spectrum per star.  One million of these combined spectra are released for the first time in Data Release 3 and they were used to derive the chemistries of nearly six million stars.

The UK team involved in the Gaia mission is supported by the UK Space Agency and the Science and Technology Facilities Council.