Older male athletes could be at higher risk of heart and circulatory diseases than female competitors of a similar age, according to a new study led by UCL researchers. 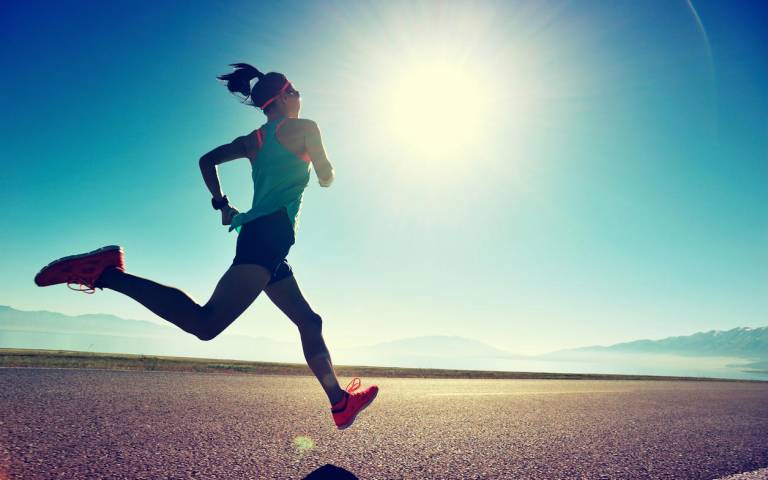 The research, funded by the British Heart Foundation (BHF) and Cardiac Risk in the Young (CRY) and presented at the British Cardiovascular Society (BCS) conference in Manchester, showed that older male athletes had a stiffer aorta.

It found that the vascular age of male athletes’ aorta was almost 10 years older than their chronological age, whereas female athletes showed no overall age difference.

However, experts say the findings should not deter people from exercising, as further research is needed to understand the biological reasons underpinning these differences. They have also urged that regular, moderate intensity exercise is beneficial for heart health.

Researchers from UCL, Barts Heart Centre at St Bartholomew’s Hospital, and St George’s Hospital studied over 300 ‘masters’ athletes - those aged over 40 who had taken part in over 10 endurance events and had exercised regularly for at least 10 years.

Half of the athletes were male, whilst the other half were female. The cohort was mainly made up of distance runners but also included cyclists, swimmers and rowers.

Heart MRI scans were used to study the stiffness of the athlete’s aorta – the largest artery in the human body, which carries oxygen-rich blood away from the heart to the rest of the body and the brain.

Researchers from this group had previously developed a method of calculating vascular age, which estimates the age of arteries based on their stiffness. Stiffer arteries are associated with an increased risk of heart and circulatory diseases, such as heart attack and stroke, in non-athletes - but the impact on the cardiovascular health of athletes is not known.

They also investigated the vascular age of different sections of the aorta. Researchers found the greatest difference in the descending aorta, which is the section of the aorta that runs through the chest. For male athletes, this was on average 15 years older than their chronological age. But for female athletes, it was, on average, six years younger.

Although the research couldn’t identify why this is the case, it suggests that long-term endurance exercise might impact men differently to women.

Dr Rebecca Hughes (UCL Institute of Cardiovascular Science and Barts Heart Centre), who led the study, said: “Previous studies into long-term endurance exercise have mainly focused on men, so there is little research available which studies how this impacts female athletes.

“Our research showed that in masters athletes, the aorta is generally stiffer in men and their vascular age is therefore older. But for women, we saw a surprisingly opposite finding, as some areas of their aorta were several years younger than their chronological age.

“In non-athletes, aortic stiffening is associated with heart and circulatory diseases. How this finding applies to potential risk in athletes is not yet fully understood, so more work will be needed to help identify who could be more at risk.”

Professor James Leiper, Associate Medical Director at the British Heart Foundation (BHF), said: “For athletes who train in endurance exercise, their hearts must work harder to pump blood around the body – and research has shown that in some cases, this can cause changes to the heart.

“This new finding shows the impact this could also have on the main blood vessel in the body and how this differs between men and women. Further research will now be needed to determine the cause of vascular stiffening in male athletes and to assess the impact this might have on other areas of the cardiovascular system before we can make a fully rounded conclusion.

“It is important to note that exercise is proven to reduce the risk of heart and circulatory diseases, helping to control weight and lower both blood pressure and cholesterol. Its benefits far outweigh any potential risks, so the general advice remains to continue moderate intensity exercise regularly.”