Opinion: Why are strip-searches not a matter of public debate in the UK?

Writing in The Conversation, Dr Matteo Tiratelli (IOE, UCL's Faculty of Education and Society) asks why, after several charges of misconduct against the police following strip searches, the practice itself isn't receiving more public scrutiny? 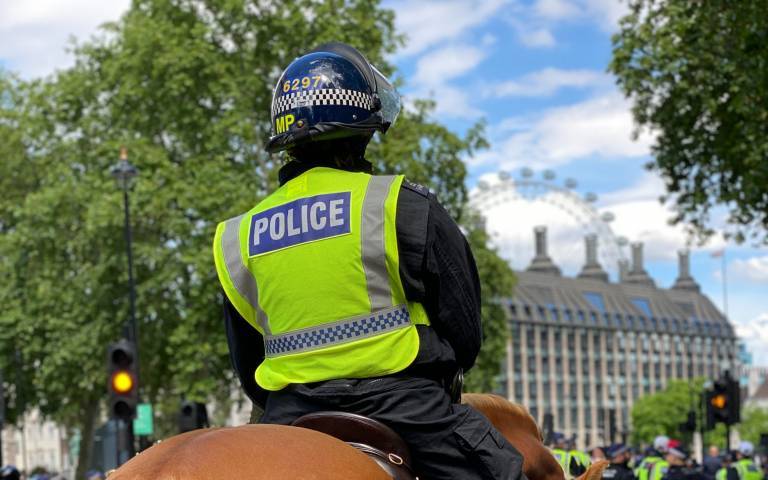 The recent story of Child Q, the 15-year-old black schoolgirl who was accused by her teachers of smelling of cannabis and subjected to a strip-search at her school in Hackney, London, without an appropriate adult present, has rightly elicited outrage. The Metropolitan Police and the child’s school have apologised. Her headteacher has stepped down. Four police officers face gross misconduct charges and eight similar cases have since been referred to the Independent Office for Police Conduct.

While Child Q’s particular case made headlines, the question of strip-searches has been noticeably absent from political and legal discussions in the UK.

This is perhaps surprising. Take, for example how much scrutiny is directed at the controversial use of stop and search by police. After it became clear that stop and search was being used in discriminatory ways that caused harm to people and communities, the government was compelled to set up a website where detailed data is published, breaking down information such as how often people from specific ethnic groups were stopped and searched over the course of a year. Dedicated campaigning organisations even exist to hold the police to account over its stop-and-search practices.

But data on how often police strip-search people in their custody is not consistently recorded and compiled. Nevertheless, research has shown that the impact of strip-searches can be severe. They are a profound invasion of people’s privacy and bodily autonomy. They are often experienced as humiliating and degrading. Australian author Amanda George, writing in 1993 about their use on women in Australian prisons, likened strip-searches to “sexual assault by the state”. This sentiment has been echoed in the local response to Child Q’s ordeal.

In the UK, strip-searches can be conducted in two ways: either when a person is reasonably suspected of a crime or once a person has been arrested and is in custody.

In the first instance, the Police and Criminal Evidence Act 1984 (PACE) allows for their use where there is reasonable suspicion of a crime and the oversight of a senior officer. It also stipulates that the strip-search must take place in private and, crucially, that if a child is involved, an appropriate adult must be present.

All strip-searches performed under PACE powers should be recorded as part of a police force’s routine collection of stop-and-search data. In particular, for each stop and search recorded, officers are asked to specify whether or not a “more thorough search” (the removal of more than jacket, outer coat and gloves) was required, and whether or not “intimate parts” were exposed.

Data on crime and policing in England, Wales and Northern Ireland is made public via the data.police.uk portal, which collates information from the 43 geographic police forces in England and Wales, the British Transport Police, the Police Service of Northern Ireland and the Ministry of Justice. Going by the information on this portal, there appear to be huge gaps in the reporting of strip-searches. Some police forces are entirely absent from the data; others appear only irregularly. Many individual case files are incomplete. And the second question – about “intimate parts exposed” – does not feature at all in the public data portal.

In some of these cases, the problem seems to be that the information collected by the various forces is not consistently being passed on to the portal. The Metropolitan Police data on strip-searches (as for the South Wales, North Yorkshire and Essex forces, among others) is missing from data.police.uk, even though freedom of information requests have revealed that it is (at least sometimes) being recorded.

Those freedom of information releases by the Metropolitan Police cover the period between 2018 and 2021. They suggest that across London between 6,000 and 9,000 people are strip-searched under PACE powers every year, with about half of those cases involving the exposure of “intimate parts”. Nearly 60% of those strip-searches were targeted at BAME people, and about 3% targeted women. More troubling, the Met’s data shows that between 500 and 800 children are strip-searched every year in the capital, with 100 to 200 having “intimate parts” exposed in the process.

We can use the police portal data to piece together a similar picture for the rest of the country. Outside of London, the data suggests that 45% of strip-searches target BAME people, 10% target women, and 7% target children. Most worryingly, 58% of strip-searches lead to no further action, meaning that people are being humiliated and degraded when they were completely innocent.

The second way that strip-searches happen in the UK is in custody, after an arrest. These are not governed by normal stop-and-search procedures and, although they are recorded, the data is not routinely made publicly available. Freedom of information requests reveal that the numbers being searched in custody is far larger than through stop and search: in London, between 26,000 and 35,000 people are strip-searched in custody every year.

It’s difficult to drill down into these numbers because, again, there is a huge amount of missing data. For example, in some years, more than half of cases are reported without a record for how old the person was. Nevertheless, it appears that nearly 60% of custodial strip-searches target BAME people, 5 or 6% target children, and about 10% target women.

The lack of information and lack of debate around strip-searches in the UK stands in stark contrast to other countries, including the US and Canada as well as Australia.

A recent Westminster Hall debate called for a review into how black children are treated by the police and for better research into strip-searching in particular. But, as horrific as cases of children being strip-searched are, we need to look at the policy as a whole and how it affects both adults and children. People who are strip-searched once in custody may not have yet been formally charged with a crime. And even if they go on to be found guilty, that is no reason to dismiss their rights to dignity, to privacy and to bodily autonomy.

For centuries, the British police conducted stops and searches without any legal framework whatsoever. As the historian of policing Jonah Miller explains, the result was a world in which “ideas of bodily privacy were limited; boundaries were routinely violated or simply non-existent; bodies – especially female bodies – were porous, leaky and exposed”.

Over time, police reformers have worked to limit and legalise these discretionary powers. Ultimately, this may prove to be an impossible task. But to not even have the discussion, as is currently the case for strip-searches, is a real political failure.

This article originally appeared in The Conversation on 28 July 2022.